In tonight's episode, Raje is ready to attack Chikka Devraya when a troop of archers attack Raje with poisonous arrows. 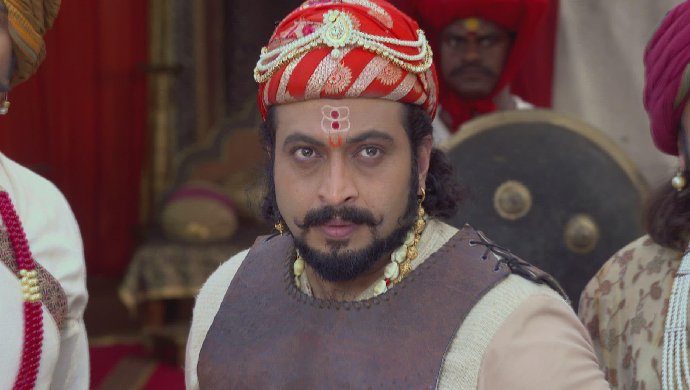 In the previous episode of  Swarajyarakshak Sambhaji,  Raje and Ekoji Maharaj hug and clear their misunderstandings. As a gesture of respect towards his uncle, Sambhaji gifts him Chhatrapati Shivaji Maharaj’s sword. Then, as they are strategizing their next move, they come to know that Chikka Devaraya is fast ascending towards them. The latter has asked his men to make different types of arrows that can kill Sambhaji’s men instantly. Meanwhile, Aurangzeb feels that Chikka Devaraya will win, however his Vazir has more confidence in Sambhaji.

In tonight’s episode, Raje commands his forces to spread across all four directions and be ready for the attack. He tells Ekoji Maharaj that Chikka Devraya wants to confuse them and then attack them.

At Raigad, Pant tells Soyrabai that Chikka Devraya has changed his war strategy. Now he has an army of trained archers who are capable of destroying the opponent’s army with their poisonous arrows. Soyrabai tells Pant to send a force to Raje’s help but Taisaheb says that Aurangzeb might take advantage of this situation. Meanwhile, Aurangzeb tells his Vazir to support Chikka Devraya by sending forces, gold coins or other necessary equipment needed for the war. Aai Saheb comes to meet Soyrabai as she is worried about Raje. She tells her that she had a dream in which she saw Raje standing on the other side of a river of blood. Soyrabai tells her that it means Raje has killed the enemies with his sword and it is their blood that is flowing in the river.

Raje is about to join his force to attack Chikka Devraya. Just then, a troop of archers attacks Raje’s den. Kaviraj requests Raje to get into a safe place but the latter refuses to listen. He says that he won’t leave his soldiers and run away. A few moments later as the war begins, Ekoji Maharaj informs Kaviraj that Raje got injured.