In Swarajyarakshak Sambhaji, Raje defeats Hassan Ali Khan who has to back out with his forces. 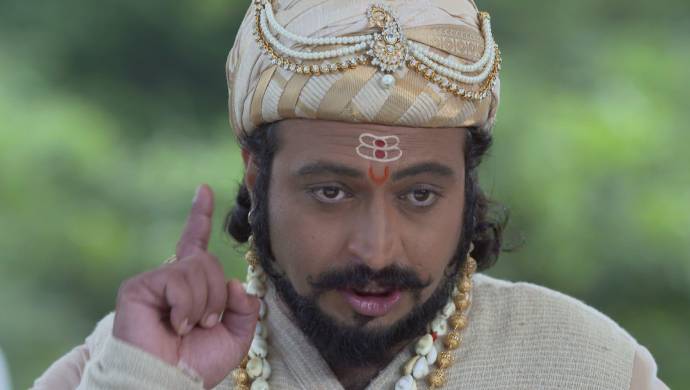 In the recent episode of Swarajyarakshak Sambhaji, Kaviraj tells Sambhaji that Yesubai has left Raigad after the news of his accident reached her. Kaviraj admits that in this chaos, he forgot to send the message of Raje’s well-being to Raigad. Now, Yesubai, along with Battashi Bai, has reached the Konkan Region. This worries Raje since Yesubai is heavily pregnant and Hassan Ali Khan is attacking Swarajya from all sides. Raje admits to Kaviraj that Yesubai should have verified the news before recklessly leaving the protection of Raigad.

Sambhaji’s men Raiappa and Khandoji trick Shahenshah’s general, Hassan Ali Khan. The Mughal general is brought to Sambhaji and arrested. During this, Hassan Ali Khan tries to attack Sambhaji who, just in time, turns and slashes the Mughal general’s hand. As Sambhaji’s men are about to kill Hassan Ali, Raje stops them. He asks Hassan Ali to go bleeding with his amputated arm to Aurangzeb and give Raje’s message. Sambhaji says that Aurangzeb won’t ever be able to take over Swarajya which was built by Shivaji Maharaj with the consent of his people.

Khandoji and Raiappa tell Sambhaji that they should have sent Hassan Ali Khan’s head back to Aurangzeb. But, Sambhaji remembers his father’s rule and replies that even though Shivaji Mahraj killed many men, he never send their head as a gift. Instead, he built a respectful grave for his enemies. Yesubai starts getting severe pain in her stomach and head and has to ask her palkhi to stop. Seeing this, Battashi Bai and Dhara Atya are worried about Yesubai’s condition.

On the other hand, Aurangzeb sends letters to men of Swarajya who are dissatisfied with Sambhaji’s rule. Seeing this letter, Kanhoji Rao is ready to meet Aurangzeb.

You Will Laugh Till Your Stomach Hurts While Watching Jashn-e-Zindagi, A Story About Youngsters