In Swarajyarakshak Sambhaji, Siddi makes Kondaji Baba eat from his plate in order to change his religion. 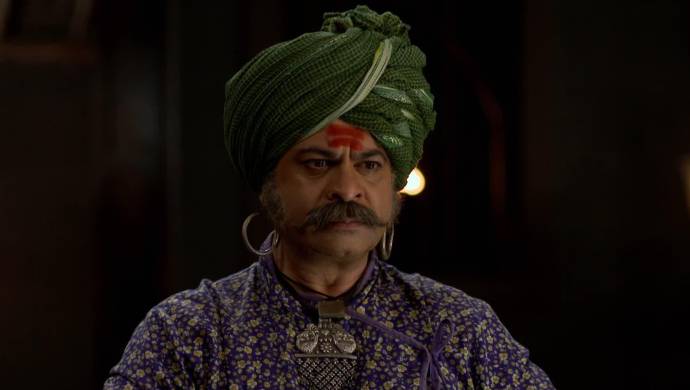 In the recent episode of Swarajyarakshak Sambhaji, Yesubai asks her servant to summon Raje for dinner. But, he is sent back as Raje is in an important meeting with Bahirji Naik. Due to this, Yesubai herself has to go and call him. At first, he refuses to have dinner but then she convinces him by inviting Bahirji Naik, too. At Siddi’s palace, he sends a beautiful woman to call Kondaji Baba. The woman does as she is ordered and gets Kondaji Baba to Siddi.

Kondaji Baba is welcomed by Siddi to have dinner with him. Siddi compliments Kondaji Baba‘s work alongside Shivaji Maharaj. In return, Kondaji Baba appreciates Siddi’s generosity towards his soldiers and his kindness towards his subjects. Then, Siddi asks Kondaji Baba his grievances with Swarajya and Sambhaji. Kondaji Baba says after Shivaji passed away, Swarajya isn’t the same. Everyone is being punished brutally and there is no loyalty. He describes teaching Raje a lesson if he gets a chance.

Just to test Kondaji Baba, Siddi tries to make him eat from the same plate as his. It is Siddi’s trick to make Kondaji Baba change his religion and take up Islam. To not upset Siddi and to finish Sambhaji’s task, Kondaji Baba eats the food presented to him in Siddi’s plate. Meanwhile, Sambhaji is sleepless thinking about  Kondaji Baba‘s condition at Janjira.