In Swarajyarakshak Sambhaji, Kondaji catches Anaji Pant who is escaping to Siddhi's palace. 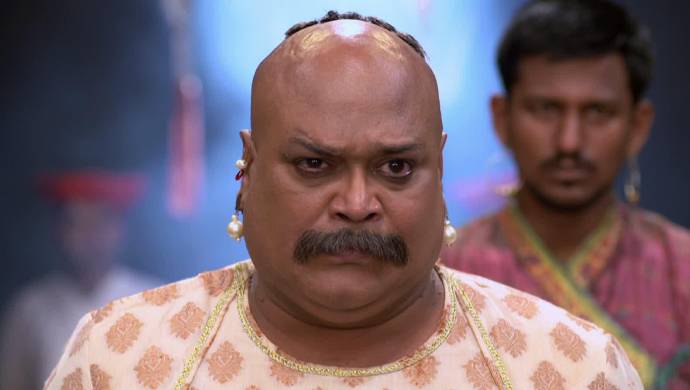 In the recent episode of Swarajyarakshak Sambhaji, Raje elects Queen Yesubai as the head of the trial. Along with her, there is Nilo Pant and Kaviraj in the council of judges, too. There are 24 culprits in total who have been caught in their attempt to dethrone Sambhaji. He is furious that these people had the guts to give away half of Swarajya to another leader. These culprits are from diverse religions which is why Sambhaji has called the heads of different religions.

Sambhaji wants this trial to be fair. Just as the trial begins, Somaji Dutto says they are ready to surrender but the main culprit, Anaji Pant, isn’t present. Since Pant is the instigator, he has to be there. So, Pralhad Pant says, in that case, the trial can begin along with the next main culprit after Anaji Pant. As this conversation is going on, a tied up Anaji Pant enters the court.

Anaji Pant’s plan is revealed in front of everyone by Kondaji. He tried to escape to Siddi’s territory but was caught just in time. Kaviraj, then, reads out all the accusations against the culprits. Yesubai asks Anaji Pant if he planned to get Sambhaji killed by poisoning him and intoxicating his horses. Then, Anaji Pant is accused of attempting to murder Raje by sending killers at Panhala fort. Anaji Pant tactfully denies being a part of any of these strategies as Ranisaheb loses her cool.