Kaviraj supports the claim that Anaji Pant is responsible. 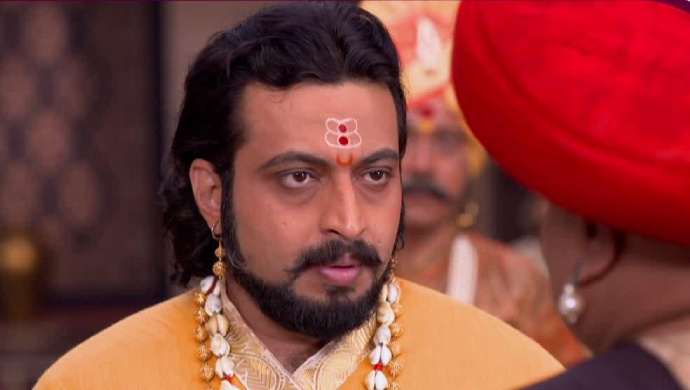 In the recent episode of Swarajyarakshak Sambhaji, Shambhu Raje’s followers summon Anaji Pant to ask him about the letter. They only have a little part of the letter as most of it was burnt. Anaji Pant declines all the accusations made against him. He reminds them Shivaji Maharaj’s Rajyabhishek happened for over a month due to Gaga Bhatt’s deep study while Sambhaji’s ceremony is taking place quickly. Hence, Gaga Bhatt might have been offended. As they are discussing this, Sambhaji enters. All his courtiers are hesitant to break the news of Gaga Bhatt’s refusal. But, they finally do and Sambhaji seems shocked.

Watch the spoiler below:

Sambhaji investigates the matter further. He asks Anaji Pant, how did he get to know that Gaga Bhatt won’t come for the Rajyabhishek. Anaji Pant says he was just told about it but he had an idea this bad news was coming. Sambhaji replies if this ‘idea’ was strengthened from someone within the court. Kaviraj supports this accusation. But, Anaji Pant says for that they will have to investigate. He further implies that without Gaga Bhatt there will be no Rajyabhishek.

Will Sambhaji forgive Anaji this time? Let us know your thoughts in the comments below.

If you have loved watching this show, check out the epic love story of Jodha Akbar streaming free on ZEE5.

Did Tula Pahate Re's Vikrant Saranjame Ditch His Suits And Ties For This Style?