In Swarajyarakshak Sambhaji, Anaji Pant's supporters are starting to break and turn against him. 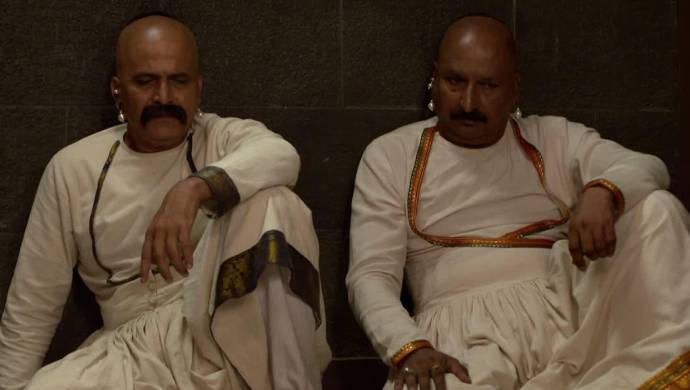 In the recent episode of Swarajyarakshak Sambhaji, Raje’s bodyguards encourage him to behead the people who have backstabbed him. But, Raje says that would make the matters worse as the public will see just the bloodshed and not the reason behind it. Hence, Sambhaji has decided to make these courtiers pay through a proper trial in front of everyone. He wants to keep his name untainted in history that the generations will learn.

Raje wants to punish them by putting them under an elephants’ feet. He has faith in his army who will find Anaji Pant and bring the latter to Raje. Meanwhile, Anaji Pant has already reached Siddi’s territory. He then kills his own loyal servant in the fear that he will spread rumours.

Sakvarbai tells Yesubai that Anaji Pant’s brother has been found. They are discussing the trial that is going to happen. Yesubai says in the absence of Anaji Pant, if they could arrest Soyrabai. Meanwhile, Anaji Pant’s supporters are frustrated as they are rotting in the jail cell. Balaji Pant is furious with Anaji Pant as he starts scaring them with the punishments Sambhaji is going to give them.

Yesubai is surprised that Balaji Pant could get trapped by Anaji Pant’s words. She asks if Soyrabai’s name should be included in the list. Kaviraj says he will have to speak to Raje before including Soyrabai’s name in the list of culprits. Kaviraj tells the prisoners that the trial is going to start the next morning. Yesubai is angry at Sambhaji for keeping the trial.

You Will Understand The Depth Of Mother's Love While Watching The Intense Film Mom!

Tula Pahate Re 28 June 2019 Preview: Vikrant Dies After Getting Shot?