In Swarajyarakshak Sambhaji, Lavangi Bai passes Kondaji Baba’s test and he believes that she is in love with him. 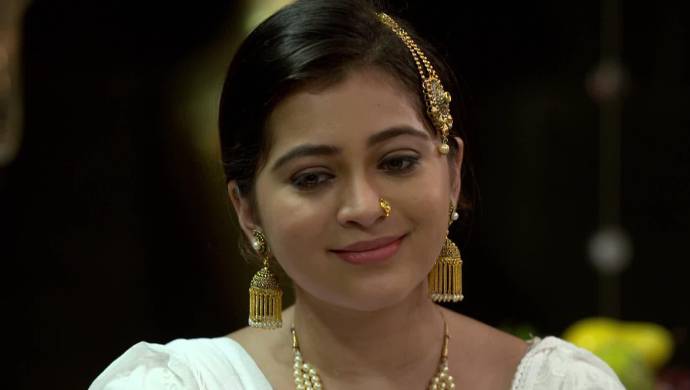 In the recent episode of Swarajyarakshak Sambhaji, Kondaji Baba tries to inquire about the reason for Lavangi Bai’s silence. He is irritated as she is being so distant with him. Finally, after much persuasion, she tells him that she knows his truth. She reveals that she knows he is Sambhaji’s brave soldier and his work is to destroy Janjira. Even still, Kondaji Baba keeps lying but Lavangi Bai doesn’t listen to him. Then, Kondaji Baba raises his sword at her and threatens to kill her.

Lavangi Bai and Kondaji Baba both raise weapons at each other. She tells Kondaji Baba to stop his mission but the latter says that Swarajya is a better place to live than Janjira. In Siddi’s realm, women are raped, children are punished and religions aren’t equally respected. Kondaji Baba says all of this doesn’t happen in Sambhaji’s realm.

After hearing Kondaji Baba’s description, Lavangi Bai refuses to go to Siddi and uncover his mission. She instead wants to strike a deal with Kondaji Baba and fight for Swarajya. But, Kondaji Baba says that she will have to drink poison to prove her loyalty. Lavangi Bai agrees and confesses that she is in love with him and drinks the poison. After drinking it, she is still alive as Kondaji Baba confesses this was his test for her. Then, she gets up to leave.

Siddi comes to know that Sambhaji is sending spies to Janjira. He is aware of Sambhaji’s planning so Abdullah suggests that they send Lavangi Bai as their spy in Swarajya. Since, Lavangi Bai knows the Marathi culture properly, she can be a good spy.