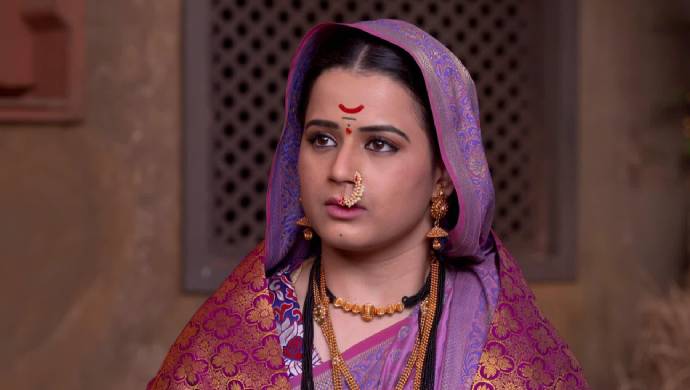 Sambhaji and Yesubai stay overnight at her maternal home in the recent episode of Swarajyarakshak Sambhaji. He wakes up before her and makes breakfast. Yesubai is humbled by this gesture. Then, Sambhaji updates his wife about their schedule. They are visiting Yaqub Baba Dargah (Mosque). Meanwhile, Kaviraj is summoned by Battashi Bai. She wants to confirm the news of Gaga Bhatt not coming for the Rajyabhishek. Kaviraj confirms it and says Gaga Bhatt is too sick to come. But, Battashi Bai suspects some other reason altogether. Kaviraj hints that she may be right and blames Anaji Pant. She is furious after hearing this.

Sambhaji and Yesubai reach the Durgah. He explains Yesubai the history of this place and the teachings of Yaqub Baba who was one of the great leaders. He explains that even Chhatrapati Shivaji Maharaj believed in Yaqub Baba’s teachings which stood for peace. Yesubai feels Aurangzeb, on the other hand, was slaughtering Hindus for no reason at all. Sambhaji replies that his teachings are misleading since childhood. They both finally move on to the next destination.

Battashi Bai goes to Anaji Pant and accuses him of stopping the Rajyabhishek. But, when Pant denies all these accusations, Battashi Bai tells she has witnesses who heard when he said, “Rajyabhishek won’t happen”. She says even in Gaga Bhatt’s absence the ceremony will still happen. He cannot stop it. After hearing her words, Pant is furious. During the pilgrimage, Sambhaji and Yesubai reach near Yesubai’s maternal home. Her brother, Dadasaheb surprises them. He insists Sambhaji and she to come to the castle and rest there. But, she is apprehensive because Dadasaheb has had issues with Sambhaji in the past. She feels he will bring that up again. As they get ready to go, Yesubai collapses. At Raigad, Battashi Bai is furious and decides to go meet Sambhaji. She is stopped by Kaviraj who promises him to bring Sambhaji back.

What will happen in the next episode? Let us know your thoughts in the comments below.

If you have loved watching this show, check out another superhit Marathi show, Ek Ghar Mantarlela streaming free on ZEE5.