In Swarajyarakshak Sambhaji, Anaji Pant fights them and ascends towards Murud Janjira. 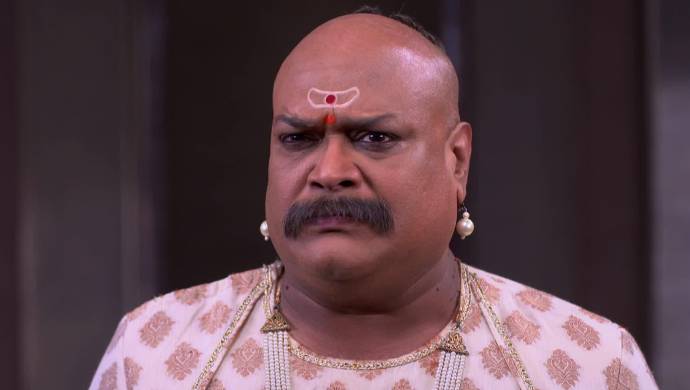 In the recent episode of Swarajyarakshak Sambhaji, Balaji Pant and Aaoji are at Sambhaji’s feet crying for his forgiveness. They start remembering Shivaji Maharaj as Sambhaji stops them in between. He shames them for humiliating their family and Khandoji’s name. Raje orders the soldiers to get them imprisoned. Meanwhile, Anaji Pant decides to go to Siddi’s palace but he is stopped by Sambhaji’s army. Pant realises that he surrounded by the army.

Anaji Pant tries to bribe them and threatens to kill them, but they don’t fall for his trap. The mavale start fighting with Pant one at a time. Meanwhile, Raiappa confronts Heroji who attempts to fool him but Sambhaji’s bodyguard doesn’t fall for the ruse. Janardhan Pant is arrested, too.

Rajmatoshree gets the news that Anaji Pant has not been arrested yet. She is happy to know this as Yesubai enters her chambers from behind. Yesubai taunts her subtly as Soyrabai says many of the accused are still to be caught and proven guilty. Soyrabai asks Yesubai to not jump down to conclusions this soon.

Balaji Pant and Aaoji start fighting in the jail cell. He starts blaming Aaoji for trapping him in this plan against Raje. Aaoji doesn’t feel he has done anything wrong and believes that Anaji Pant will rescue them. Balaji Pant says Anaji Pant has been the perpetrator of the plan and the reason why they are rotting in the cell. Finally, Sambhaji gets the news that Anaji Pant has gone towards Murud Janjira. Raje says since Anaji Pant isn’t found, the trial can’t be started.

Tula Pahate Re 27 June 2019 Preview: A Goon Points A Gun At Isha, Can Vikrant Save Her?