In the preview of the next episode, we see Zeenat asking Aurangzeb to get rid of Sambhaji as soon as possible. Find out the details inside. 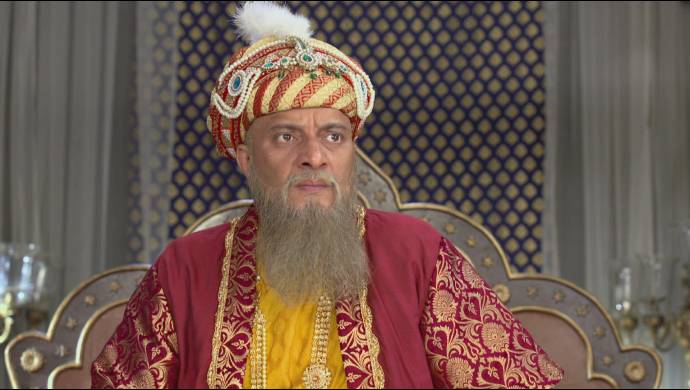 In the previous episode of Swarajyarakshak Sambhaji, we saw Aurangzeb ordering Muqarab to cut Sambhaji’s tongue. He wants to torture Sambhaji and listen to his horrifying screams. As Muqarab’s soldiers enter Sambhaji’s cell, Aurangzeb orders them to hurry. He waits outside to hear the screams. However, he is disappointed to find that Sambhaji didn’t even utter a single word while his tongue was being cut. He wonders what Sambhaji is made of. Meanwhile, Rajaram is coronated in the presence of Yesubai, Sambhaji’s mother and other commanders. Just then, a soldier enters the court and announces that Aurangzeb’s lawyer is waiting for them outside. The latter comes inside and reads out the dispatch sent by Aurangzeb who asks the Maratha army to surrender and ask for forgiveness. Yesubai starts fuming in rage and orders Aurangzeb’s lawyer to convey a message to Aurangzeb that they will not be surrendering ever.

Watch an episode of the show here.

In the next episode, we will see Aurangzeb’s daughter Zeenat telling Aurangzeb that Sambhaji has continued to fight even without the use of any weapon or sword. The latter refuses to give up and is roaring with rage even though he has no tongue and eyes. Zeenat asks why Aurangzeb doesn’t react and is helpless. She wants Aurangzeb to get rid of Sambhaji as she feels that Sambhaji’s presence will make the Mughal dynasty collapse.

Will Aurangzeb get rid of Sambhaji? Find out now by watching Swarajyarakshak Sambhaji on ZEE5.

Swarajyarakshak Sambhaji: This Is What Really Happened After Sambhaji Raje's Death