In Swarajyarakshak Sambhaji, Raje nominates Kondaji Baba to fight Siddi who is torturing the innocents in his kingdom. 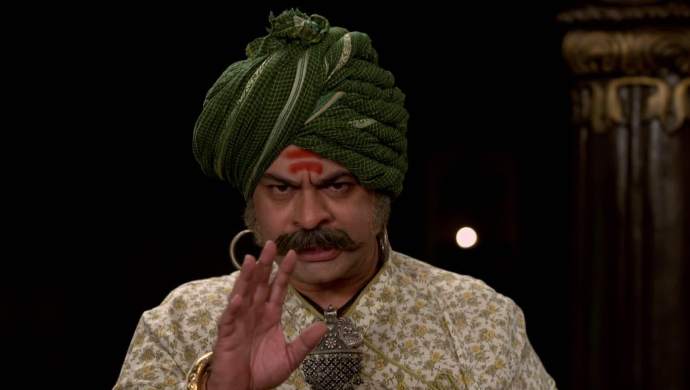 In the recent episode of Swarajyarakshak Sambhaji, Aurangzeb sends a letter to Siddi asking him to stand against Sambhaji. The Shahenshah orders Siddi to burn Sambhaji’s fields and torture people and kill them. He wants to destroy Sambhaji’s hope by mentally torturing him. Siddi accepts Aurangzeb’s orders. Meanwhile, at Raigad, Sambhaji is thinking about Siddi’s challenge at Murud Janjeera. He is looking for a brave soldier who will take the responsibility of defeating Siddi.

Kaviraj enters and asks Sambahji to send him to defeat Siddi. Even though Kaviraj is all set to enter the warfare, Sambhaji doesn’t leave him. He has some other plans. Meanwhile, Aurangzeb is happy to be allying with Siddi. He admires Siddi’s tactics and cunningness to get what he wants. Aurangzeb reminds Zeenat that even Shivaji Maharaj couldn’t defeat Siddi after waging a war on him multiple times. Aurangzeb wants to trap Sambhaji between his and Siddi’s troops.

Siddi is flattered after Shahensah got in touch with him. He wants to do everything to please Aurangzeb. During this, he comes to know Sambhaji’s men are turning their loyalties towards Aurangzeb. Meanwhile, Sambhaji calls for an urgent meeting with his courtiers. He announces that they have to capture Janjira at the earliest before Aurangzeb reaches closer. He selects Koandaji Baba to go to Murud Janjira, but the latter refuses.