In Swarajyarakshak Sambhaji, Khandoji has to confront his father who is in a dire state. 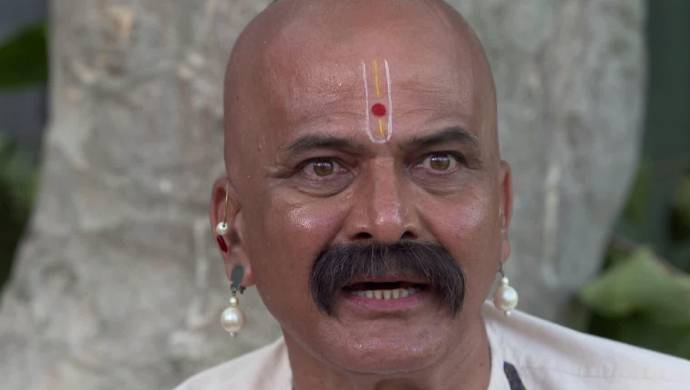 In the recent episode of Swarajyarakshak Sambhaji, Sambhaji can’t find any courtiers at Raigad. He asks Kaviraj to stop all the people who stood against him. He orders that all the ways out of Swarajya should be barricaded and no one should be allowed to go outside. Meanwhile, Yesubai goes to meet Soyrabai. The latter has decided to escape along with her son. Yesubai, then, goes to Sambhaji to asking him to not forgive them.

Aanji Pant and his supporters have separated and have taken to hiding. Aaoji and Balaji Pant are stuck in a place as the latter is too tired to run. Balaji Pant wants to turn back and go to Raigad. But, Aaoji starts fighting with his father and runs away ahead. A poor Balaji Pant has to lay below the shade of the tree. Meanwhile, Yesubai and Sambhaji are way too tensed. She tries to convince him to eat something but he is too baffled by the way things turned out.

Sambhaji is surprised that Balaji Pant would ever backstab him. He thinks he should have thought about his own son Khandoji before going against Raje. In fact, it was Khandoji who saved Raje’s life. Yesubai asks Raje if Khandoji could imprison his own father as Sambhaji says Khandoji would never fail in his duties. During this search, Khandoji confronts his father and raises his sword at him.