In Swarajyarakshak Sambhaji, Raje gets to know that Siddi is going to support Aurangzeb, so he plans to attack him. 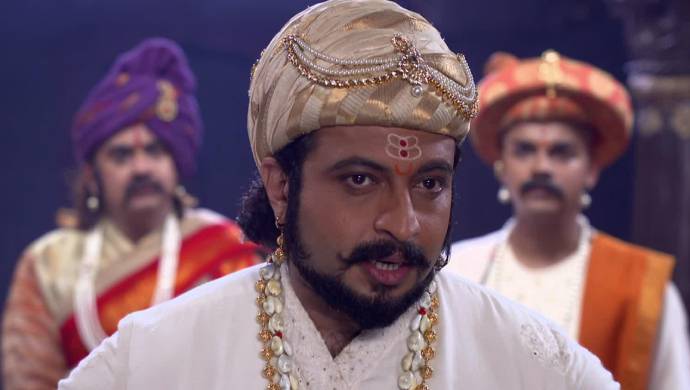 In the recent episode of Swarajyarakshak Sambhaji, Raje is happy with the way their meeting way with Akbar. He expresses this in front of his courtiers and tells them that Akbar is no longer that proud prince that he once was. Now, he has become a modest ruler. They all are surprised by the cruelty Akbar’s father Aurangzeb is capable of. Raje plan is to keep Akbar under his control and gather all of Aurangzeb enemies against him. Sambhaji is worried about Siddi Johar’s move from Murud Janjira in support of Aurangzeb who is ascending towards Deccan region. Shambhu Raje is looking to capture Janjira before Aurangzeb reaches close to Swarajya.

Aurangzeb is furious that his favourite son, Akbar, has allied with his arch-rival. He has decided to personally go and fight them both. Aurangzeb has been preparing for this fight for the past two years as he announces his spies spread all over Swarajya without Sambhaji knowing about this. The Shahehshah wants to take help from the British rulers but they refuse to help him out of fear of Shambhu Raje. Finally, Aurangzeb decides to use Siddhi against Sambhaji.

In Sambhaji’s court, Raje gets news from his spy, Bahirji Naik, that Siddi is tormenting the subjects. He is killing and raping young women and kidnapping the children. Those who are rising against him are being burned in their own houses. Hearing this, Sambhaji gets ready to fight both Siddi and Aurangzeb.