In Swarajyarakshak Sambhaji, Siddi promotes Kondaji Baba to Abdullah's level so that he can keep an eye on Kondaji Baba. 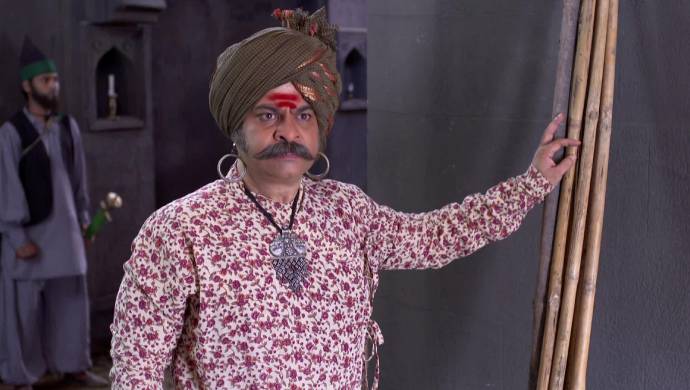 In the recent episode of Swarajyarakshak Sambhaji, Kondaji Baba comes home and finds Lavangi Bai crying. She bombards him with questions about his whereabouts. Kondaji Baba says he went to save people who were stuck in the fire. During this conversation, Siddi enters and asks Kondaji Baba for an alibi. The latter gives the same reason to Siddi who is impressed hearing about his bravery. He compliments Kondaji Baba for quick thinking and being alert. Siddi promotes Kondaji Baba to Abdullah’s level and makes him responsible to guard Janjira. This makes Abdullah jealous of seeing Kondaji Baba’s development.

Siddi screams at Lavangi Bai for falling in love with Kondaji Baba. He says that Kondaji Baba isn’t as innocent as she thinks and the latter is two-faced. Siddi promoted Kondaji Baba with an ulterior motive of keeping an eye on him because he suspects Kondaji Baba. Meanwhile, Abdullah and Kondaji Baba are trying to settle which area the other should watch over.