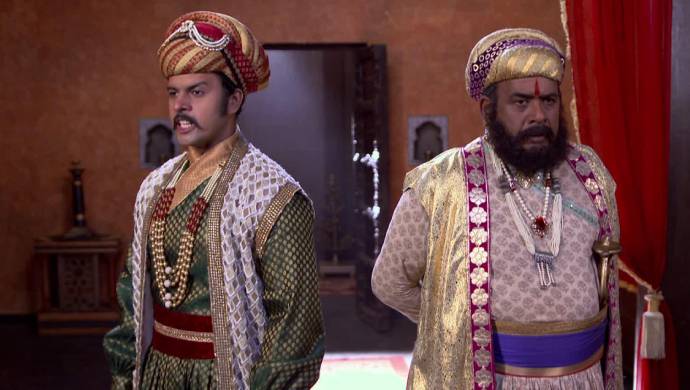 In the recent episode of Swarajyarakshak Sambhaji, Hambirrao finally persuades Soyrabai to eat something. In this honour, there is a tiny feast at Raigad. Yesubai herself feeds Soyrabai who is crying of happiness and guilt. She tells Yesubai that she has always been greedy even after being surrounded by riches. Soyrabai confesses that now she can leave Bal Raje in Yesubai and Sambhaji’s care since she fully trusts them. The next day, Yesubai discovers she is pregnant as Dhar Atya goes to tell this news to Rajmatoshree, Soyrabai is found dead. Due to this, gloom is spread over entire Swarajya after knowing Soyrabai’s death. Everyone in the household is mourning her absence. Bal Raje feels terribly guilty for being angry with his mother in her last moments. This news even affects Sambhaji who expresses his feelings in front of Yesubai. During their conversation, Yesubai collapses and she tended by her ladies. Sambhaji is told that Ranisaheb is pregnant.

After a long wait, Sambhaji finally meets Akbar. Raje wants to exploit Aurangzeb’s soft spot in his favour. Meanwhile, Aurangzeb, who is planning to attack Sambhaji, comes to know his beloved son is allying with Raje. He has his spies spread in Swarajya to report the happenings of the meeting.

Ahead Of Agga Bai Sasubai, We Look At Saas- Bahu Relations On TV Shows That Are Goals