In Swarajyarakshak Sambhaji, Sambhaji comes back from Janjira and calls for a meeting. After a dramatic turn of events, Anaji Pant is humiliated. 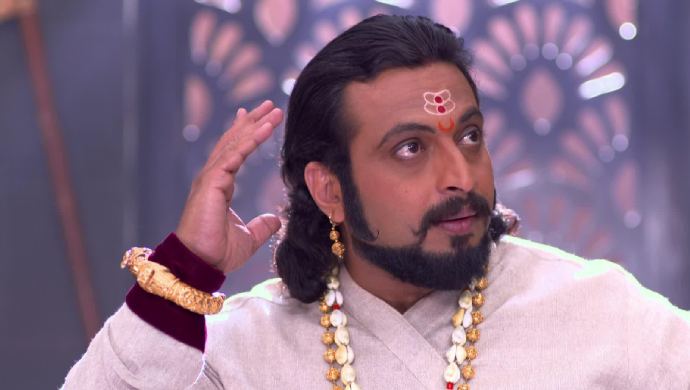 In the recent episode of Swarajyarakshak Sambhaji, Raje has called a meeting with his courtiers. But, before that Sambhaji is forcefully fed breakfast by Yesubai. All his courtiers are gossiping about Kaviraj’s step to convert a commoner into a Hindu. During this, Sambhaji is angry at Siddi Johar’s guts to destroy Sambhaji’s soldiers which is why he called an early morning meeting.

What the latest episode below:

Nilo Pant calls upon the commoner, Gangadhar, who has come to seek blessings from Sambhaji. He has been recently converted into a Hindu by Kaviraj. After knowing this, Sambhaji asks Kaviraj why was he not consulted before taking such a big decision. Then, Sambhaji is very angry as he feels his friendship is misused by Kaviraj. Raje says this move could impose lifetime imprisonment upon Kaviraj.

Yesubai is discussing the hectic schedule of Sambhaji and his constant workaholic nature. Soyrabai updates about the courtly drama to Yesubai who feels guilty. She also shows her superiority to Yesubai. Meanwhile, Anaji Pant encourages Sambhaji’s decision of imprisonment. Then, surprisingly Shambhu Raje asks Kaviraj to hug him. Sambhaji is proud of his friend’s decision, this entirely surprises Anaji Pant. He taunts Raje but gets humiliated again. Sambhaji says he is a people’s ruler like Shivaji Maharaj. He wants peace and harmony between his subjects and that’s what Kaviraj stood for today. Then, Sambhaji gives the castle to Kaviraj.

Tula Pahate Re 24 April 2019 Preview: Vikrant Or Jalinder, Who Will Die?