In Swarajyarakshak Sambhaji, Raje has summoned Kanhoji and Ganoji Dadasaheb to Raigad. 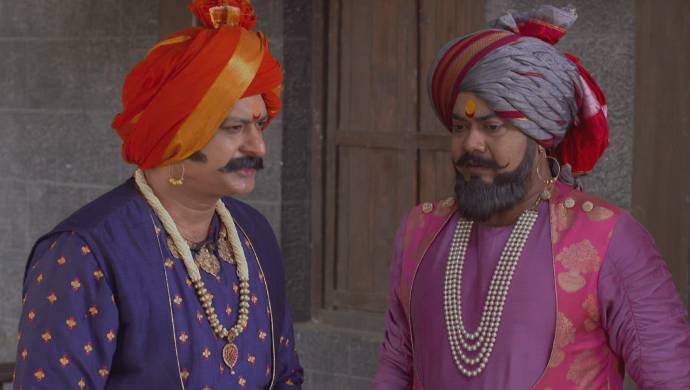 In the recent episode of Swarajyarakshak Sambhaji, Raje is angry because Aurangzeb is luring the people of Swarajya towards him. The latter is distributing lands to gain people’s loyalty. Kaviraj asks Raje the solution behind this, but Raje says that the greedy Sardars were never truly theirs. During their conversation, they decide to keep a keen eye on Kanhoji Rao who has already once met Aurangzeb. Meanwhile, at Shringarpur, Ganoji Dadasaheb is restless to get his lands back from Raje through Yesubai. He thinks of taking Yesubai to their father’s samadhi and binding Yesubai by oath.

Battashi Bai goes to Yesubai after hearing Ganoji Dadasaheb and Kanhoji Rao’s conversation. She tells Yesubai that they need to pack their bags at the earliest and get out of there. Initially, Battashi Bai refuses to tell Yesubai the reason behind this move but the latter persuades her. Battashi Bai tells how greedy the people of Shringarpur have become. Yesubai announces that she is going to be clear with her brother about the issue of lands. Their conversation is interrupted by Ganoji Dadasaheb who tries to take Yesubai to their father’s samadhi. Understanding his true motivation, Yesubai refuses to go.