In Swarajyarakshak Sambhaji, Yesubai starts feeling nauseous after which she discovers she is pregnant. 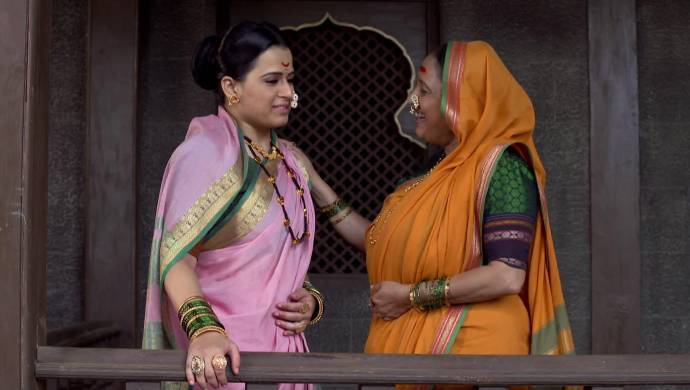 In the recent episode of Swarajyarakshak Sambhaji, Hambirrao finally convinces Soyrabai to eat something. This news spreads on Raigad and everyone is getting ready for the feast. Yesubai feeds Soyrabai and the latter is proud of her daughter-in-law for being so regal and modest at the same time. During their meal, Yesubai confesses, for her Bal Raje is equal to Shiv Chhatrapati. Soyrabai realises how wrong she has been in the past for plotting to dethrone Sambhaji. Meanwhile, Sambhaji sends a letter to Akbar telling him that he is keen on meeting the Mughal prince and they will meet soon.

Yesubai reminds Soyrabai that even she was a Ranisaheb once upon a time. When Shivaji Maharaj had gone on wars, Soyrabai was taking care of the kingdom. Soyrabai starts crying in front of Yesubai talking about her feelings that she has stored for days. She is hurt by Bal Raje’s words. Rajmatoshree discloses that she had all the riches in the world, but she was never satisfied. She was always full of greed.

Soyrabai remembers her great husband for the legendary things he has done. She gives the responsibility of Bal Raje in Yesubai and Sambhaji’s care as she knows that they will protect him with their own life. After confessing, Soyrabai says she is going to have a hearty meal.

The next day, Yesubai is nauseous and she is told by Dhar Atya that she is pregnant. Dhar Atya wants to cheer Soyrabai up with this good news and she goes to her chambers. There she discovers, Rajmatoshree is dead.

Watch The Latest Episodes of The Action-Packed ZEE5 Originals Abhay