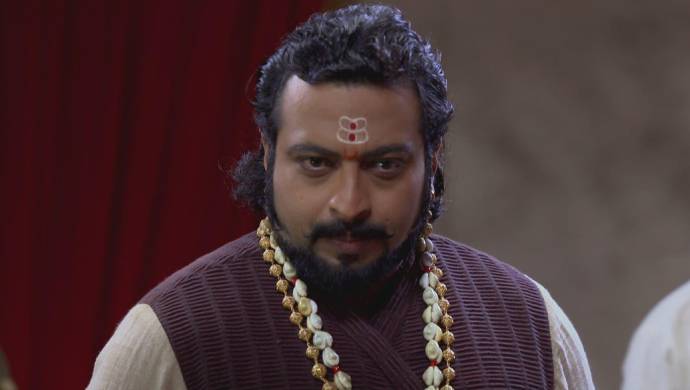 In the recent episode of Swarajyarakshak Sambhaji, Sambhaji and Nilopant, along with the others, are crying after Kondaji Baba’s death at the hands of Siddi. Raje wants to decorate the palkhi in which Kondaji Baba’s ashes will be taken. Raje tells them after reaching Aausaheb’s samadhi in Pachad, take the palkhi with dhol tasha as he wants the world to know that Kondaji Baba has always been loyal to Swarajya. Raje’s heart is heavy and he can’t stop crying at Kondaji Baba’s demise.

After the Kondaji Baba’s ashes are taken, Kaviraj asks Raje to return back to Raigad. But, he isn’t ready and wants to finish Kondaji Baba’s mission while standing in front of Janjira. He promises to make Janjira a part of Swarajya in his lifetime. Hearing Raje’s promise, Kaviraj tries to explain the reality to an emotional Sambhaji. He tells Raje that after Kondaji Baba’s death, Siddi has become alert. All the guards and spies from Janjira have become more strict on Siddi’s orders. So, this wouldn’t be the right time to attack the fort.

Kaviraj’s persuasive efforts don’t work as Raje says that he is going to attack Siddi to avenge Kondaji Baba’s death. Raje reminds Kaviraj that although it is dangerous, they have to make Janjira a part of Swarajya as this will weaken Aurangzeb’s dominance. Raje orders for an army of 30,000 people at the shore to attack Janjira.

This news reaches Siddi who starts laughing after realising that Kondaji Baba’s death has impacted Sambhaji. Raje reaches Janjira and he and Siddi start threatening each other. After trying to scare Sambhaji, Siddi thinks Raje must have backed out. But, Raje starts attacking Janjira while looking for secret ways to enter the fort.

Kanala Khada: 5 Revelations Made By Sudesh Bhosle On His Childhood, Career And…