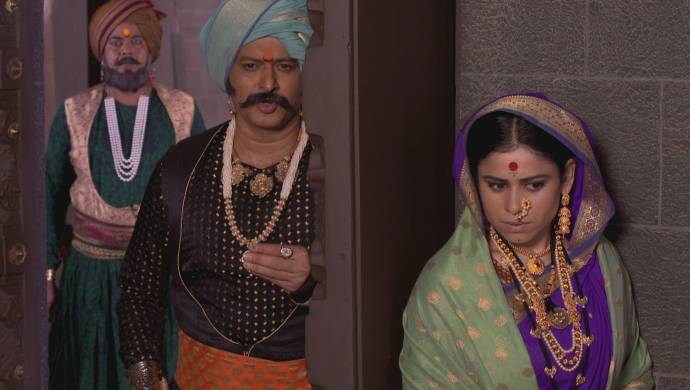 After Ganoji goes, Kanhoji Rao’s wife taunts her husband knowing that he has lied to Ganoji. An excited Ganoji Dadasaheb decides to approach Yesubai after assuming that Kanhoji Rao has already spoken to her. He isn’t feeling awkward to tell Yesubai to give return their lands. As he is about to speak to Yesubai, he meets his wife and she doesn’t let him speak. Then, Kanhoji Rao hurriedly follows Ganoji Dadasaheb and drags him back to his chambers.

Kanhoji Rao doesn’t want Ganoji to know that Battashi Bai threatened him with his life. Ganoji Rao tells that he will persuade his sister to convince Raje to give back their lands. This conversation is overheard by Battashi Bai who is shocked to know about people’s greed. Meanwhile, at Raigad, Raje comes to know that some of his people have started joining the Mughal forces. He asks Hambirrao Mama to go to all the villages and find these traitors before the situation worsens.

Swarajyarakshak Sambhaji 22 November 2019 Preview: Ganoji To Use Yesubai To Get Rich