In Swarajyarakshak Sambhaji, Soyrabai is searching for the letter with her royal seal on it, she finds it finally in Anaji Pant's quarters. 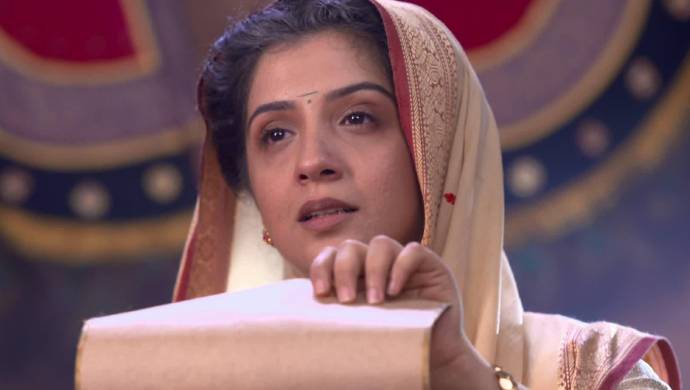 In the recent episode of Swarajyarakshak Sambhaji, Khandoji and Sambhaji’s army are ascending towards Raigad. This news reaches Anaji Pant and his supporters who are now scared for their life. They all start blaming Anaji Pant who is thinking about a new plan. Everyone except Anaji Pant decide to go to Topikar who is Sambhaji’s arch-rival.

On the other hand, the ladies at Raigad are worried about Sambhaji’s life. During their discussion, Soyrabai enters and starts asking about the coup. She indirectly asks for the letter which has her royal seal on it.

When Sakvarbai asks Soyrabai if she has any idea about the coup, the latter plays innocent. Rajmatoshree goes into her chambers and starts thinking about her protection. She remembers the last time when she was involved under the same allegations. To save herself, she decides to go to Anaji Pant’s quarters and look for the letter. Meanwhile, Aurangzeb is furious at Akbar and Zeenat. He is angry because Akbar denied fighting to snatch Swarajya and in turn, even Aurangzeb can’t get it. As Durgadas has gone and spoken to Sambhaji about Anaji Pant’s plan, there will be no fight between Sambhaji and Akbar.

Soyrabai goes to Anaji Pant’s house and starts frisking his quarters. Kaveribai is worried and muddled after seeing this sudden behaviour. Finally, Soyrabai gets the letter that she is looking for as it gives her the assurance that she is safe.

Bhau Kadam Entertain You With His Acting Skills In Nashibvaan On ZEE5!

Tula Pahate Re 22 June 2019 Preview: Vikrant Gets To Know The Property Papers Are Fake?