In tonight's episode, Siddi gets infuriated after hearing from Kondaji about the plan and chops his head off. 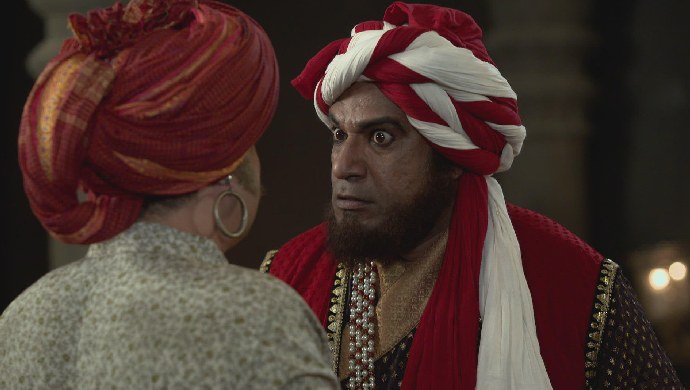 In the last episode of  Swarajyarakshak Sambhaji, Kumaji tells Siddi that Lavangi Bai was planning to run away. Siddi searches her belongings and finds a box of vermilion through which he understands Lavangi is in love with Kondaji Baba. Then, he asks Lavangi Bai to kill Kondaji Baba but she kills herself. During this, she says she will meet Kondaji Baba in Swarajya and she will hear stories of Shivaji Maharaj from him.

Siddi tells Kondaji that he has committed a big mistake by betraying them. Kondaji says that he only followed his Raje’s order and challenges him to open his hands and see who kills whom. Kumaji informs Siddi to avoid taking the risk and kill Kondaji as soon as possible. Siddi gets angry and chops Kondaji’s head.

Meanwhile, Sambhaji gets worried when one of the soldiers tells him that they heard screams from the fort. A few moments later, Bhimaji comes to inform Raje about Kondaji’s death. He is seen injured and Siddi sends Kondaji’s head with Bhimaji so that Sambhaji gets scared. Bhimaji tells Raje that everything was going according to the plan but Siddi got to know about it and he caught them. He also tells him how Kondaji had misguided Siddi and gained his trust.

Bhimaji asks for forgiveness from Raje and dies on the spot. Sambhaji gets shocked and to know that Siddi killed his warriors. He swears that he will not let Kondaji and his warrior’s sacrifice go vain.