In Swarajyarakshak Sambhaji, the celebration of Mangala Gaur continue so do the attempts to murder Sambhaji. 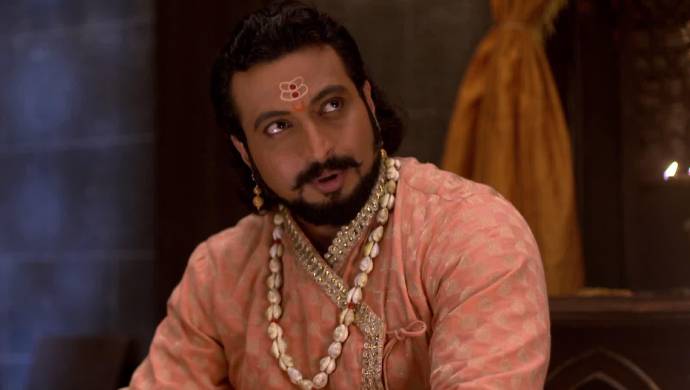 In Swarajyarakshak Sambhaji’s recent episode, Sambhaji arrests Bapuji and Suryaji and grills him about their location. They say they had stepped out of the fort to go fishing and show him proof. Raje gives them a benefit of doubt and releases them. Meanwhile, at Raigad, the ladies are taking ukhana and celebrating the day. Anaji Pant is upset that another murder attempt on Sambhaji has gone waste. He tells Heroji Pant that in total there are 22 people who are working towards assassinating Sambhaji so they are not alone in this.

Anaji Pant has decided to attack Sambhaji by poisoning him since the previous attempts went waste. The women in the court are playing jhimma and fugdi for Jankibai’s Mangala Gaur. Yesubai and Jankibai dance together and they pull Sakvarbai and Soyrabai to dance with them. All four women are laughing and there is happiness in the atmosphere.

Meanwhile, at Panhala fort, Anaji Pant’s men are examining the poison that he has given them. They have to add it to Sambhaji’s food. Since they are cooking for Sambhaji that night, the task seems easy. But, before it is completed, Shambhu Raje’s bodyguard comes and stops them while asking them what they are doing there. Suryaji makes up some lies and escapes. This is followed by, Anaji Pant’s men are talking to Sambhaji and boasting their culinary skills. They request him that they want to be the people to feed Sambhaji their food. As Sambhaji is about to eat his food, Jotyaji asks the food taster to first taste Raje’s food as Anaji Pant’s men have a worried look.

Tula Pahate Re 21 May 2019 Preview: Isha Prays To The Goddess For Help

Swarajyarakshak Sambhaji 21 May 2019 Preview: Sambhaji Alerted Of The Danger