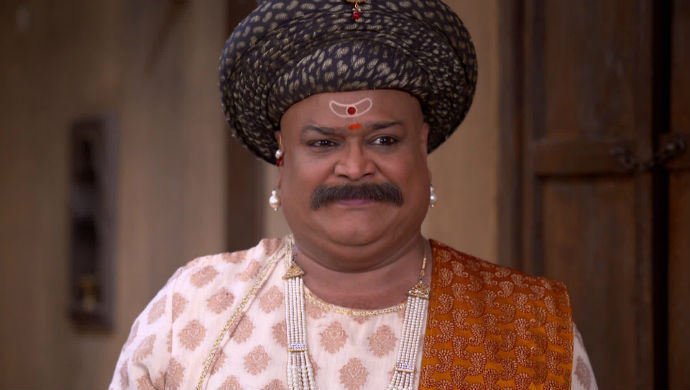 In Swarajyarakshak Sambhaji’s recent episode, Sambhaji is told about Yesubai’s solution to celebrate Mangala Gaur without disappointing either him or Soyrabai. He still thinks that they should tighten the security at Raigad. Meanwhile, Yesubai convinces Soyrabai who is disappointed about celebrating Mangala Gaur on a small scale. Soyrabai feels there is always injustice done against Bal Raje by Sambhaji and Yesubai. But, Yesubai makes her see the flip side. On the other hand, Sambhaji’s food is adulterated with nutmeg for him to fall sleepy.

Anaji Pant’s men fail in their attempt to attack Sambhaji. Pant, then, gives them a poisoned ring which they should give Sambhaji. As Raje is investigating the matter, he suspects Bapuji and Suryaji and they are arrested by him. In the next scene, Anaji Pant is worried as they could reveal his name. While Mangala Gaur is going on the Raigad, Anaji Pant decides to poison Sambhaji’s food.

Check Out These Gorgeous Pieces Of Fan Art Dedicated To Yesubai, Shevanta And Rana- Anjali