In Swarajyarakshak Sambhaji, Raje's spy, Kauji, has Kondaji Baba's message in his hand. While he is trying to run away, he is caught. 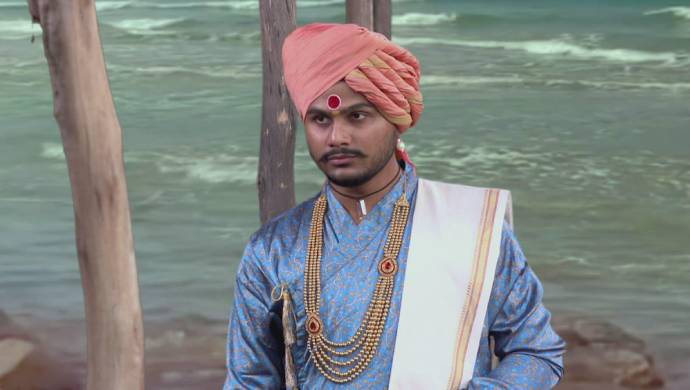 In the recent episode of Swarajyarakshak Sambhaji, Kondaji Baba reaches the secret door. He quickly hides on seeing Siddi explaining Janjira’s strengths to a famous trader. Kondaji Baba almost gets caught by Siddi but is saved at the last moment. Meanwhile, Sambhaji and Bahirji Naik are worried about their spies. One of these spies was supposed to return with a message but that hasn’t happened. He and Bahirji Naik are discussing ways to get news about the ups and downs of Janjira.

At Janjira, Kondaji Baba meets with Raje’s spies in a secret room. They are discussing the special guest who has come to meet Siddi. This man is supplying Siddi with arms and ammunition that is why he is getting treated specially. They have decided to go to Amber Darwaza that night since they want to see what lies behind this door. Then, Kondaji Baba realises that Siddi is suspicious of his fellow spy, Kauji. So, they decide to send Kauji back to Swarajya with the news of their progress.

Lavangi Bai, who is at home, is patiently waiting for Kondaji Baba to come for lunch. Meanwhile, Kondaji Baba sends a message with Kauji which has the location of Amber Darwaza. Then, he reaches home just in time as Kumaji is about to harass Lavangi Bai. He threatens Kumaji to never come close to her ever again. On the other hand, Raje’s spy Kauji is frisked by Siddi’s force. Although he tries to escape their grasp, he gets caught.