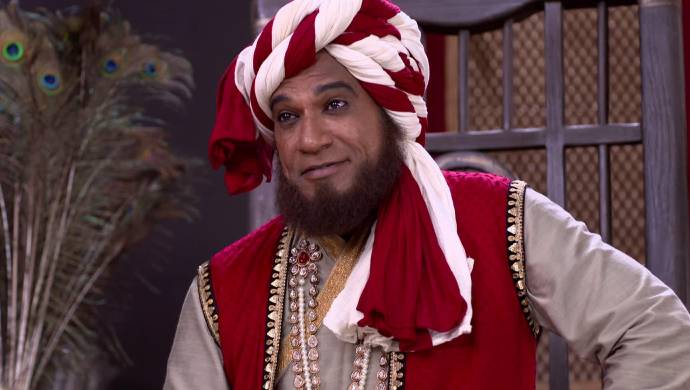 In the recent episode of Swarajyarakshak Sambhaji, everyone at Sambhaji’s court is worried for the lives of the lawyer and Kondaji Baba. Raje doesn’t think that Siddi will arrest the lawyer as he believes that would be a senseless move. He doesn’t tell his courtiers the identity of the lawyer.  Meanwhile, at Janjira, Siddi tries to arrest the lawyer, but as predicted, he can’t arrest him. The lawyer cunningly traps Siddi and makes him summon Kondaji Baba.

As per orders, Abdullah goes to get Kondaji Baba from his cell. Siddi asks Kondaji Baba if he wants to return to Raigad. But, Kondaji Baba remembers Sambhaji words of capturing Janjira and refuses Siddi’s offer. He lies to Siddi that Raje will punish on the charges of treachery so he doesn’t want to return.

The lawyer tries to persuade Kondaji Baba to accompany him but he refuses. Siddi tells Kondaji Baba that he doesn’t care what Sambhaji does with him. But, Kondaji Baba stays adamant. As the lawyer takes his leave, he and Kondaji Baba talk in code language about attacking Janjira during Amavasya. Meanwhile, Kondaji Baba creates a ruckus in front of Abdullah to meet Siddi who doesn’t want to meet him. This is overheard by Siddi who invites over for dinner.