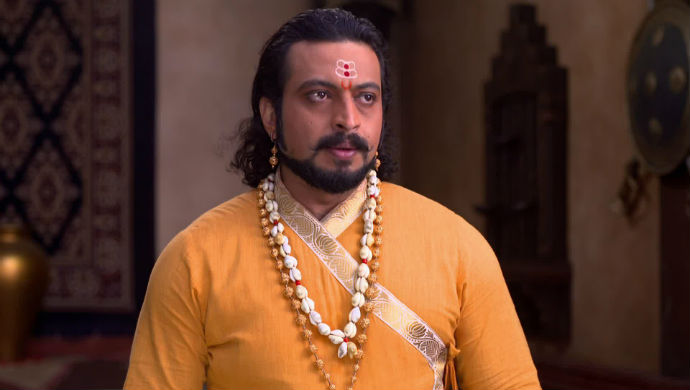 In the latest episode of Swarajyarakshak Sambhaji, Sambhaji isn’t sure if he can trust Anaji Pant after his treachery. So, Yesubai requests him not to take any decision while in an emotional state of mind. Along with Pant, Sambhaji is also unsure about showing the same amount of trust on Prince Akbar. He says, in the past experiences believing in people has made him regret his decisions. Meanwhile, Akbar is getting impatient because of Sambhaji’s silence. He wants Durgadas to go and communicate with Sambhaji.

Watch the latest video below:

Kaviraj is walking with all the letters sent by Akbar to Sambhaji. He isn’t sure whether to show it to him. But, upon talking to Battashi Bai whom he meets along the way, he feels Sambhaji shouldn’t have Aurangzeb as the rival. On the other hand, Akbar also sends a letter to Aurangzeb and humiliates him. Aurangzeb promises that if Sambhaji extends friendship with Akbar, he will have to face consequences. Meanwhile, Durgadas enters Sambhaji’s court. This news reaches Kaviraj.

Anaji Pant wants to spy in the castle and Sambhaji’s secret place to find more about Raje’s list of Ashta Pradhans. On the other hand, after meeting Durgadas, Kaviraj is shocked to know that Akbar has now started sending his men. Anaji Pant, who sees this meeting, has a wicked smile on his face. Meanwhile, Kaviraj asks Battashi Bai if they should reveal Durgadas’ visit to Sambhaji. But, she says no. Simultaneously, Anaji Pant tells his supporters that if his name isn’t there in the list of Ashta Pradhans, he will threaten people to do it.