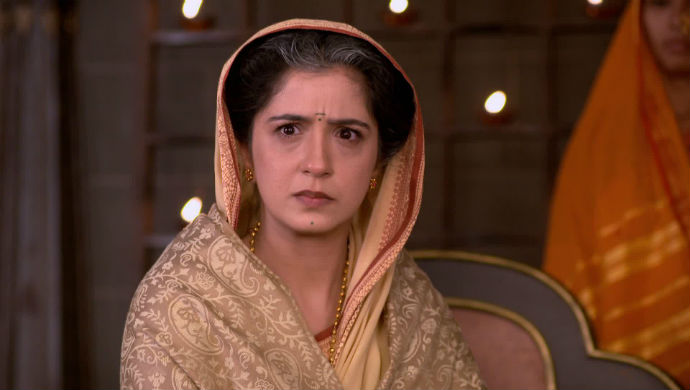 In the recent episode of Swarajyarakshak Sambhaji, Hambirrao Mohite returns to Sambhaji and fondly greets him. Raje tells him that Aurangzeb is ascending towards the Deccan region. As Raje is getting ready to go, he tells Hambirrao about his conversation with Soyrabai. He feels, had Soyrabai not supported the culprits, the plotting wouldn’t have gone to this extent. Understanding Sambhaji’s situation, Hambirrao decides to go to Soyrabai, being her brother.

Everyone outside Soyrabai’s chambers is furiously knocking and pleading her to open the door. Hambirrao goes and starts knocking, too. He reminds her that she is Chhatrapati’s wife. But still, there is no response. Finally, he says that if she doesn’t open the door, he will complain about her at Shivaji’s grave. Hearing this, Soyrabai relents and opens the door.

Soyrabai leads him inside and he asks about her conversation with her son. He subtlely hints that she has always treated Sambhaji as her stepson. She still feels that she hasn’t done anything upsetting and Sambhaji is wrong here. On hearing this, Hambirrao says Sambhaji’s reaction was justified after she and her co-conspirator tried to poison his food. Soyrabai is stunned after seeing her own brother support Sambhaji. Hambirrao is also furious at her for going against the Chhatrapati of Swarajya.

He makes her realise that she has been reckless towards her son. Although Soyrabai tries to justify herself, Hambirrao is too upset with his own sister. He reminds her of the time when she was loving and unbitter like she is now. Finally, Soyrabai feels guilty and moves out of the court.

Watch the Interesting Movie 'Fandry' Which Revolves Around Caste Differences