In Swarajyarakshak Sambhaji, Raje has to promise his daughter that he is going to be present during her wedding. 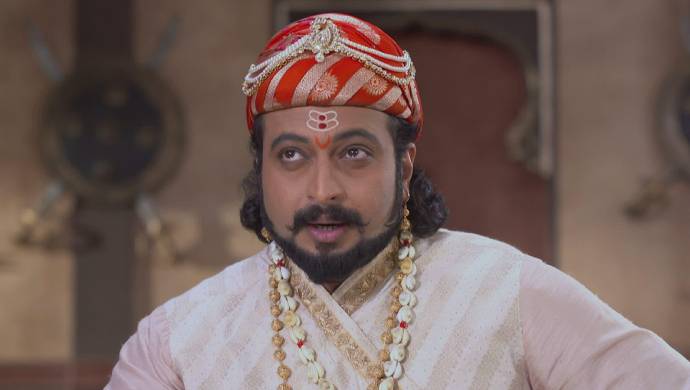 In the recent episode of Swarajyarakshak Sambhaji, Yesubai and Bal Raje reach Raigad as the people are waiting to welcome them. Kaviraj compliments Bal Raje who is first time coming to Raigad. Then, Kaviraj is summoned by Raje who tells him that Yesubai gave her permission for the Burhanpur campaign. Kaviraj tells Raje that he is blessed to have a supportive family. Kaviraj compliments Yesubai’s constant support and headstrongness to prepare Bhavani’s marriage all by herself. Now, they are waiting for Sardar Mahadik’s arrival.

Battashi Bai is teasing Bhavani who is playing Shankaraji. She tells Bhavani that after their marriage she can’t call Shankaraji by his name. An innocent Bhavani is confused and Battashi Bai has to explain to her. Then, Bhavani is told that she has to go to the Ginjee fort with Shankaraji. Hearing this disappoints Bhavani as she has to leave behind her parents and her infant brother.

Raje is discussing the Bruhanpur campaign with his men. During this, Nilo Pant suggests Raje that he should go alone go to Aurangzeb’s realm and Raje should stay back for his daughter’s wedding. But, Raje isn’t ready since he thinks this situation requires him. During this, Bhavani Bai comes to Raje crying not wanting to leave his side. Bhavani Bai tries to make Sambhaji promise that he is going to be there during her wedding. Raje hesitantly promises his daughter.

Meanwhile, Dhar Atya is upset with Raje for not participating in his daughter’s wedding. She complains about this behaviour to Matoshree. Yesubai, who is present at the scene, doesn’t reveal to Matoshree that Sambhaji is planning the campaign.

Faster Fene Is The Indian Sherlock Holmes That We All Need

If You Love Reading, Check Out These 6 Books Recommended By Tula Pahate…