In Swarajyarakshak Sambhaji, Yesubai, who is sandwiched between Soyrabai and Sambhaji, finds a way to celebrate Jankibai's Mangala Gaur. 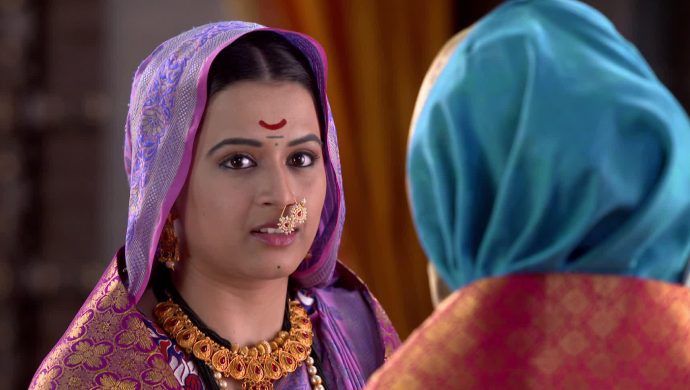 In Swarajyarakshak Sambhaji’s recent episode, Yesubai gets the news that has Sambhaji prohibited them from celebrating any festival. These occasions could lead to assassination attempts on Bal Raje’s life. Sakvarbai and Yesubai support Raje’s initiative. Ranisaheb is worried about breaking this news to Soyrabai who is happy about the celebration of Mangala Gaur. Yesubai is now sandwiched between Sambhaji and Rajmatoshree. Anaji Pant is surprised to know Yesubai had taken an initiative towards Mangala Gaur’s celebration. He thinks this might be the last celebration on Raigad.

Jankibai tells the importance of Mangala Gaur to Bal Raje. Meanwhile, Sakvarbai and Yesubai are wondering a way out of this situation. Since Soyrabai has already started the preparation and sent the invites, it would be too late. Yesubai says they should postpone the Mangala Gaur as she volunteers to speak to Jankibai and Soyrabai. But, Sakvarbai is worried about Soyrabai’s reaction who would think they have purposely cancelled the function and this would agitate her even more.

Yesubai firmly wants to stand by her husband’s orders and do what he has told her. She goes to Soyrabai to inform her to postpone Mangala Gaur. On the other hand, Soyrabai is excited about the celebration at Raigad. She is discussing with Kaveribai the memory behind each of the sarees. Rajmatoshree wants to give all the ladies who have come for the Mangala Gaur an expensive Paithani. She compliments Yesubai’s decision to celebrate Jankibai’s right. Yeusbai overhears this and feels sad.

Janjibai goes to Sakvarbai and starts talking about Mangala Gaur. She discusses the sarees that she is going to wear as the latter tells her this celebration is cancelled. Jankibai is too upset as Yesubai comes from behind and tells her the function is still going to happen. Yesubai decides to write to Sambhaji that Mangala Gaur is happening but no guests from outside will be allowed on Raigad as ordered by Raje.

Tula Pahate Re 19 May 2019 Preview: Isha Realises She Is Rajanandini's Rebirth?