In Swarajyarakshak Sambhaji, Yesubai might have to cancel the Mangala Gaur on Sambhaji's orders. Will Soyrabai be offended? 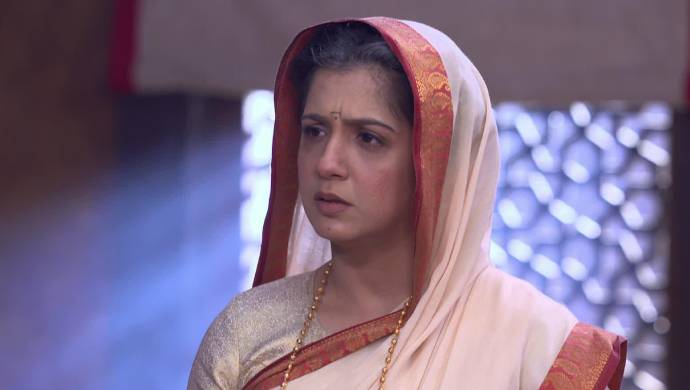 In Swarajyarakshak Sambhaji ‘s recent episode, Sambhaji sends a message to Yesubai to not carry out any programmes at Raigad. These festivities could be an opportunity for the enemies to penetrate the fort and kill Bal Raje. Yesubai, who has already gone and spoken to Soyrabai about Jankibai’s Mangala Gaur, is worried. She doesn’t know how to handle the situation without offending Rajmatoshree.

Sakvarbai informs Yesubai of the misunderstanding Soyrabai is created in her mind. Soyrabai thinks Yesubai and Sambhaji want to dominate over her son and shun his growth of becoming a King. She thinks Sambhaji is spying on her moves. However, after a chat with Yesubai about Jankibai’s Mangala Gaur, Soyrabai banishes all her misunderstandings and is glad about the initiative was taken by Yesubai. Just as she is talking good things to Kaveribai, Yesubai doesn’t know how to break the news of Mangala Gaur’s cancellation. Meanwhile, Anaji Pant is seen enjoying this situation.