Swarajyarakshak Sambhaji 18 July 2019 Written Update: Raje To Use Akbar For His Benefit

In Swarajyarakshak Sambhaji, Raje wants to use Akbar against his father. 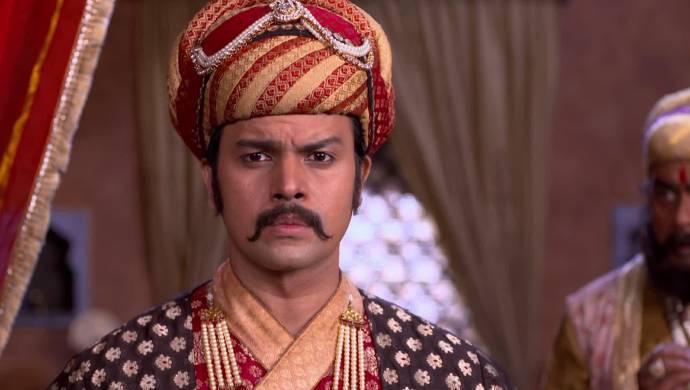 In the recent episode of Swarajyarakshak Sambhaji, Akbar is worried what his father has to say after he comes to know he helped Sambhaji uncover a coup against Swarajya. He thinks Aurangzeb will come against him. But, Durgadas assures that he has done the right thing by helping Sambhaji as the latter has started trusting him. Durgadas says they should have faith in Sambhaji’s moves.

Yesubai is worried about Soyrabai who hasn’t opened the doors of her chamber. She wonders what Sambhaji told her that hurt her so much. She decides to go to Sambhaji. Raje reveals his conversation with Rajmatoshree to Kaviraj. He tells Kaviraj the things he told her has been going on in his mind for the longest time. Sambhaji orders Kaviraj to get in touch with the families of the people who were killed. During this, Kaviraj reminds Raje that they shouldn’t delay meeting Akbar who is desperate to meet Raje. Sambhaji agrees to this.

Yesubai interrupts Sambhaji’s conversation with Kaviraj but Raje asks her to come later. She says the matter is urgent but Sambhaji tells her to give him some time. As she comes out, Yesubai meets Bal Raje and tries to persuade him to speak to Soyrabai. But, he is too angry with Soyrabai and denies Yesubai’s orders. Bal Raje tells Yesubai the conversation he overheard between Sambhaji and Soyrabai.

Sambhaji and Kaviraj want to meet Akbar at the earliest. Since the Moghal prince is Aurangzeb’s favourite son, Raje wants to use Akbar against Aurangzeb and take full advantage of him. They want to encourage Akbar to capture Delhi as this will provoke Aurangzeb. Kaviraj has readied the letter to send to Akbar. During this, they come to know Aurangzeb is ascending towards Deccan.

Meanwhile, everyone at Raigad is panicking thinking about Soyrabai’s condition. They are profusely knocking at the door but she isn’t opening it.