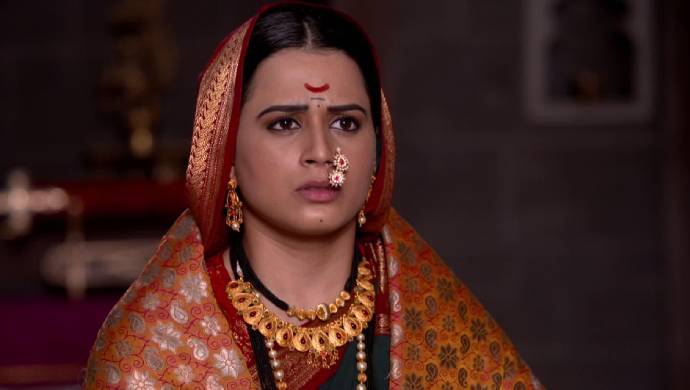 In the recent episode of Swarajyarakshak Sambhaji, Sambhaji checks from Khandoji if all his orders were carried out appropriately. He wants to take away Bal Raje’s dangerous weaponry because people around him could use it to assassinate him the same way an attempt was made on Sambhaji. Raje’s true intentions are to protect his younger brother from the murderers. Then, Sambhaji asks Khandoji to write an important letter to Yesubai.

Soyrabai and Anaji Pant are discussing Bal Raje’s growth as a King. Anaji Pant is continuously pestering Rajmatoshree to train her son to behave like a monarch. She is too influenced by him to think straight as he instigates her against Sambhaji. Pant asks her to disobey Sambhaji’s disorders as she pleads him to give her some time. He, then, tells her to take inspiration from Shivaji Maharaj and be firm of securing her son’s future.

Anaji Pant sends his men a message to be more alert from Sambhaji and finish his work at any cost. Yesubai goes to Soyrabai to clear her misunderstanding about Sambhaji. Yesubai tells her they want to celebrate Mangala Gaur of Janakibai who is Bal Raje’s wife. Since there have been so many unfortunate events happening at Raigad, they haven’t had the time to pay attention to Bal Raje’s wife. Then, Yesubai begs Soyrabai to not look at Sambhaji’s love for Bal Raje in the wrong way. By the end of the conversation, Soyrabai is still not convinced by this.

Sambhaji sends a message to Yesubai that they have to be extra careful and not celebrate any festivals as this could be an opportunity for the enemies to commit a crime against the crown.