In Swarajyarakshak Sambhaji, Soyrabai feels guilty that she acted badly with Sambhaji for her own greed. 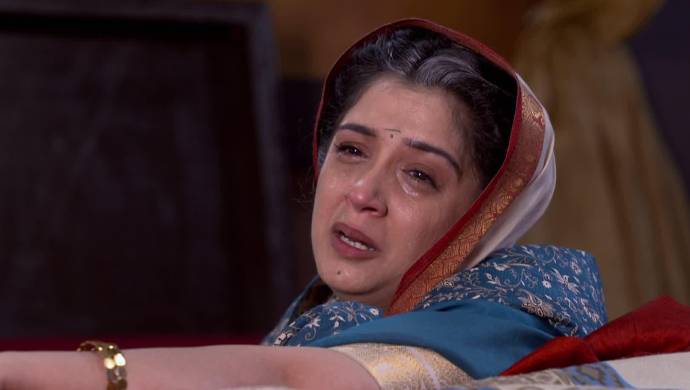 In the recent episode of Swarajyarakshak Sambhaji, Yesubai is told that Sambhaji has gone to meet Soyrabai in anger. Raje, who is with Soyrabai, returns all the gifts that she had given him while he was at Panhala. On his way out he meets Bal Raje and they have a long eye contact. A shattered Soyrabai gives a brief of her conversation with Sambhaji to Bal Raje. But, he doesn’t sympathise with her when she tells that Sambhaji going to keep guards on them. Bal Raje says he agrees with the steps taken by Sambhaji.

Bal Raje supports Sambhaji while saying that the latter didn’t say anything to Soyrabai in front of everyone. Shambhu Raje respected his mother enough to not humiliate her. But, Soyrabai still claims to be innocent of all the crimes. During this conversation, Yesubai comes at the door and Soyrabai closes it on her face. Rajmatoshree doesn’t open the door saying she wants to be alone. She starts remembering all her childhood memories with Sambhaji when he was a young prince.

While Soyrabai is alone in the chamber, she recollects the time when she had the audacity to tell Shivaji Maharaj to divide Swarajya so that even Bal Raje could get to rule. All the ladies are worried about Soyrabai’s condition. Meanwhile, Sambhaji orders to increase the length of his sword and make the blade sharp from both sides. He also wants to bring in new people after the old ones are gone.