In Swarajyarakshak Sambhaji, Kondaji Baba tries to search for Siddi's room of arms and ammunition, but he is caught. 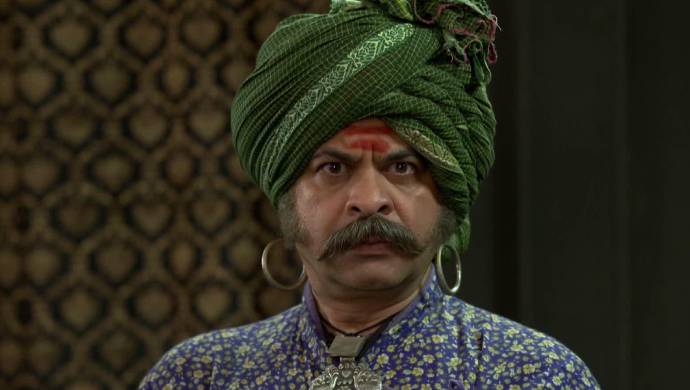 In the recent episode of Swarajyarakshak Sambhaji, Lavangi Bai prays for Kondaji Baba’s wellbeing and goes out to get water. In that time window, Kondaji Baba locks the door and reads Raje’s secret message. He realises that the time is running out and the mission still isn’t complete. He swears to quickly find the room of arms and ammunition at Janjira. Meanwhile, at Raigad, Sambhaji is getting impatient and wants to go to Siddi’s realm. But, Bahirji Naik doesn’t allow him to go.

Kondaji Baba tries to find out more information with the help of his fellow guards. When they start suspecting him, he has to subtly stop questioning them. Meanwhile, Lavangi Bai can’t stop thinking about Kondaji Baba and blushing on her own. She realises that she in love with him.

At Siddi’s court, he gives Abdullah permission to attack Swarajya once again. Abdullah wants to raid Swarajya by attacking from water but Siddi doesn’t agree to that. During this conversation, Kondaji Baba suggests that nothing will happen to Sambhaji by just looting a few villages. He tells that Siddi will have to make use of horses. As Kondaji Baba knows the in and out of Sambhaji’s kingdom, his advice is taken seriously. Siddi is very impressed with Kondaji Baba and this makes Abdullah jealous. At night, Kondaji Baba tries to look for Janjira, but he is caught.