In Swarajyarakshak Sambhaji, Raje tells Yesubai that he has to invade Aurangzeb's territory. 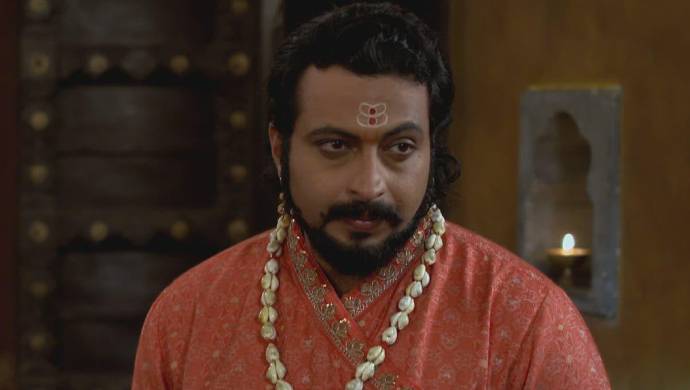 In the recent episode of Swarajyarakshak Sambhaji, Yesubai is excited about her daughter’s marriage. She and Dhar Atya are ready to return to Raigad. On the other hand, Sakvarbai and Battashi Bai are missing the late Soyrabai and Putalabai who would have been excited to see their granddaughter’s marriage. They realise that Sambhaji’s has been too busy and there are not enough people with whom they can share their happiness. Meanwhile, Ganoji Dadasaheb and his wife are happy to see the gifts sent by Yesubai for the birth of Bal Raje.

The news of Bhavani Bai and Shankaraji’s marriage reaches Kanhoji Rao who is annoyed hearing this news. He expresses his feelings in front of Ganoji Dadasaheb and his wife. Meanwhile, Dhar Atya tells Raje that he isn’t allowed to go out for any campaign before Bhavani Bai’s wedding gets over. Raje awkwardly promises to be there while realising that he has to visit Burhanpur during this auspicious occasion at Raigad.

Raje’s ministers are discussing how Raje is going to take Yesubai’s permission to go to Burhanpur. Nilo Pant suggests that they postpone the plan as the wedding is more important. Kaviraj wonders what will happen of the Burhanpur campaign. Meanwhile, Princess Zeenat is trying to convince Aurangzeb to send good Sardars to fight Sambhaji, instead of going himself. But, Aurangzeb doesn’t agree. During their conversation, Aurangzeb gets the news of Bhavani Bai’s wedding.

Sambhaji hesitantly tells Yesubai about his plan of invading Aurangzeb’s territory. Hearing this, Yesubai is disappointed and doesn’t give her permission. Raje tries to convince her but she remains staunch.