In Swarajyarakshak Sambhaji, Chhatrapati Sambhaji wants to confiscate all the arms used by Bal Raje. This upsets Soyrabai. 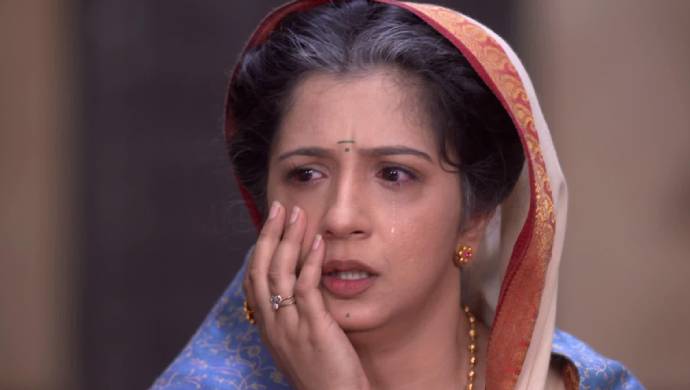 In Swarajyarakshak Sambhaji’s recent episode, Anaji Pant goes to Soyrabai to discuss the Sambhaji’s murder attempt. He subtlety hints Sambhaji should give half the Swarajya to Bal Raje. He says what if something happens to Sambhaji in such a case, Bal Raje should be capable enough to handle the kingdom. Soyrabai tells she doesn’t want to go down that road anymore as she is tired of protesting. He lays the proposition that Bal Raje should at least know how to fight, finally Soyrabai asks for sometime to think.

Yesubai wants to implement Sambhaji’s orders of keeping Bal Raje safe. She tells the courtiers that it is important to keep the Prince safe after the incident at Panhala fort. She wants to keep an eye on whoever has gotten in touch with Bal Raje and this should be kept a secret. However, Soyrabai hears this and gets riled up. She doesn’t agree with her son being kept under a watch as she asks Yesubai to convey her feelings to Sambhaji. This creates a tension between both of the parties.

Soyrabai thinks about the past when she clashed with Sambhaji. During this, she overhears Khandoji clash with Anaji Pant. Khadoji wants to confiscate all of Bal Raje’s dangerous weapons and give him non-dangerous weaponary. Anaji Pant stands against this but Khandoji doesn’t change his mind. He states this is for Bal Raje’s protection.

Anaji Pant tells Soyrabai that Sambhaji doesn’t want to strengthen Bal Raje as this will empower him. He starts provoking her against her stepson. Soyrabai is still very stressed out with Raje’s situation. Meanwhile, Anaji Pant has a fight with Khandoji after the former speaks ill about Sambhaji.

Tula Pahate Re 17 May 2019 Preview: Vikrant And Jhende To Get Arrested?

Swarajyarakshak Sambhaji 17 May 2019 Preview: Sambhaji Has A Message For Yesubai