In Swarajyarakshak Sambhaji, Sambhaji is upset with the way Soyrabai behaved while being the Rajmatoshree. 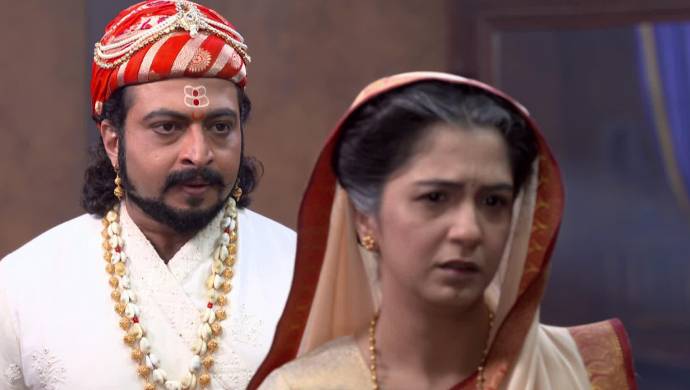 In the recent episode of Swarajyarakshak Sambhaji, Khandoji is shaken from the deaths of his father and older brother. In his vacant house, his ears are still echoing of Balaji Pant and Aaoji’s voices. Meanwhile, Soyrabai is still uneasy from the court’s trial. She is thinking about Anaji Pant’s accusations as she realises that even though Sambhaji hasn’t punished her, he still thinks she is a criminal. Soyrabai is guilty of her actions that she committed in the greed to make her son sit on the throne.

Kaveribai is reminiscing her husband, Anaji Pant who was once upon a time a good man. She remembers him as an enthusiastic and proud husband who paid attention to their family. Kaveribai deeply wishes that her husband would try to live his life rightfully than going against Sambhaji. She assures a guilty Yesubai that she will always give her blessings to Sambhaji. She will be the first one to celebrate his victory in the wars.

Sambhaji goes to meet Soyrabai and confesses that his mind refuses to bend his knee to her. He says that he can no longer respect her as his mother. Sambhaji has taken away all her rights as Rajmatoshree. She is surprised to see Sambhaji, who had respected her in the court, suddenly grow distant. He says when she knew about the plans against him, she should have come to him to give an idea about it. Raje gives an example of Durgadas who came forward to give Sambhaji an idea about the coups planned to dethrone him.

Soyrabai breaks down in front of him and says he is humiliating her in the absence of her husband. But, Sambhaji doesn’t stop. Moreover, he says she should’ve stopped the plans when they began. But, she watered them while letting them proceed. Finally, he tells her that his guards will keep an eye on her every movement.