In Swarajyarakshak Sambhaji, Raje wants to tighten the security around Bal Raje. 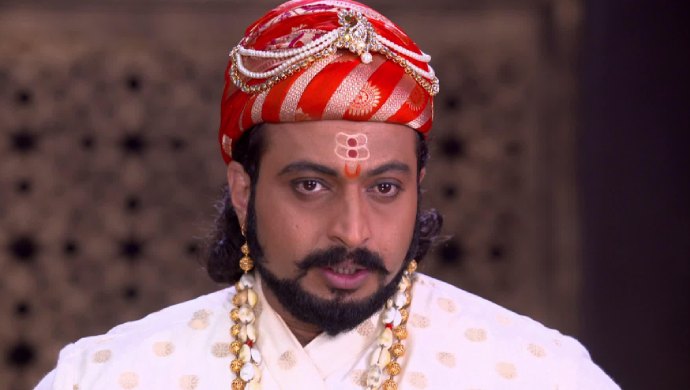 In Swarajyarakshak Sambhaji’s recent episode, Bal Raje wants to write a letter to Sambhaji saying how much he misses him. He reveals this to Anaji Pant and Kaviraj. Even though the latter encourages him to pen down his feelings, Anaji Pant tells that if he writes the letter, Sambhaji will return to Raigad. Pant doesn’t want Sambhaji back here as this will shun all his evil plans. So, he manipulates Bal Raje by saying that by writing he will be troubling Sambhaji for no reason.

Sambhaji’s bodyguards inform him about the dead body that is found. He asks them to deepen their search and tighten the security.  Raiappa is motivated to find the man culprit behind Sambhaji’s assassination. Meanwhile, the two main culprits are worried by after this new update.

Yesubai is ready to leave for Raigad from Panhala fort. She is deeply sad to be separated from Sambhaji who thinks she shouldn’t have met him here as Raigad is left unprotected. He wants her to reach there and be the leader on his behalf. Sambhaji wants to stay back for at Panhala for the welfare of the region. He instructs Yesubai to keep an eye on Bal Raje as the enemy can attack him. Finally, Yesubai leaves after instructing everyone to take good care of Shambhu Raje.

A worried Soyrabai is paid a visit by Yesubai who assures her that Sambhaji is doing well. Soyrabai expresses how much she misses her stepson and gets anxious about him. Knowing her worries, Sambhaji sends a letter with Yesubai asking to not worry. Soyrabai has tears of happiness after seeing Sambhaji’s concern. Yesubai says that the things Soyrabai sent him gave him emotional support.