In Swarajyarakshak Sambhaji, his bodyguards tell him that they found a body lying in the hut. This alerts Sambhaji as he realises it could be a coup. 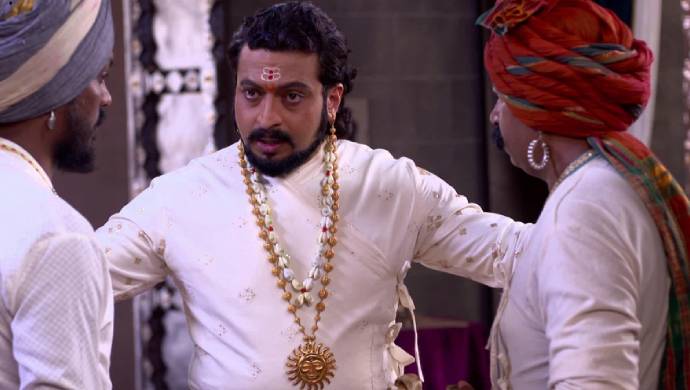 In Swarajyarakshak Sambhaji’s recent episode, Yesubai returns to Panhala fort as she is worried about Sambhaji. Raje tells her that the investigation is going on as they have for the culprit’s ring. Sambhaji orders his bodyguards to look in jewellery shops to find the culprit behind this episode. As the offender gets a wisp of this news he tries to mislead the investigation along with his partner. They send Sambhaji’s bodyguards to the hut which has a dead man lying there.

Sambhaji’s bodyguards inform Raje about the status of the investigation. They tell him about the corpse that they found. This alerts Sambhaji even more as he asks the bodyguards to tighten the security and go into the depths of it. He realises it could a coup than just an assassination attempt.

What do you think will happen in the next episode? Will Akbar accept Anaji Pant’s proposition? Let us know your thoughts in the comments below.

For more entertainment, check out the periodic drama based on the true love story of Jodha Akbar streaming free on ZEE5.