In Swarajyarakshak Sambhaji, Anaji Pant and his men lie to Ranisaheb about their real motive. 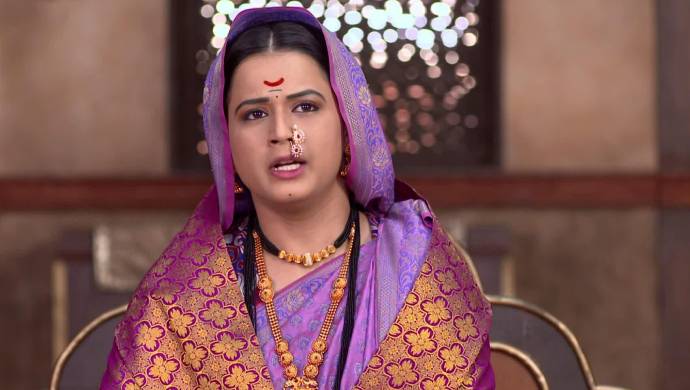 In the recent episode of Swarajyarakshak Sambhaji, everyone from Anaji Pant’s side is ready to welcome Akbar to Swarajya. Anaji Pant, who has gone to meet Soyrabai, joins late and discusses the whole plan with them. He tells that Akbar will stay at Kaviraj’s house so that now the place is going to be renovated. Anaji Pant says that now is no time to back out as Yesubai already suspects them of the wrongdoing.

As Anaji Pant and his men are exiting, they are stopped by Kaviraj who asks them about their destination. He says Yesubai has urgently called for a meeting. He stops them from going out of Raigad. Meanwhile, at Aurangzeb’s palace, Zeenat informs him that Akbar is ready to go against Sambhaji and form an alliance with his father. Seeing this happiness on Zeenat’s face, Aurangzeb instantly comes to know that it is she who tried to explain Akbar.

Aurangzeb says Zeenat shouldn’t have done this but he appreciates her efforts. Then, Aurangzeb gifts her a necklace and thinks about killing Akbar once he returns. Meanwhile, at Akbar’s palace, Durgadas warns Akbar of Aurangzeb’s plan. An emotional Akbar doesn’t approve of Durgadas’ opinion. They both are waiting for Anaji Pant who is caught up at Raigad.

Everyone is wondering why Yesubai has suddenly called for a meeting. At the meeting, Anaji Pant and his supporters mislead Kaviraj and Yesubai who are suspicious of them.

Father's Day Exclusive: My Dad Taught Me To Never Give Up, Says Apurva Nemlekar