In Swarajyarakshak Sambhaji, Abdullah wants to prove that Kondaji Baba is guilty of treachery. 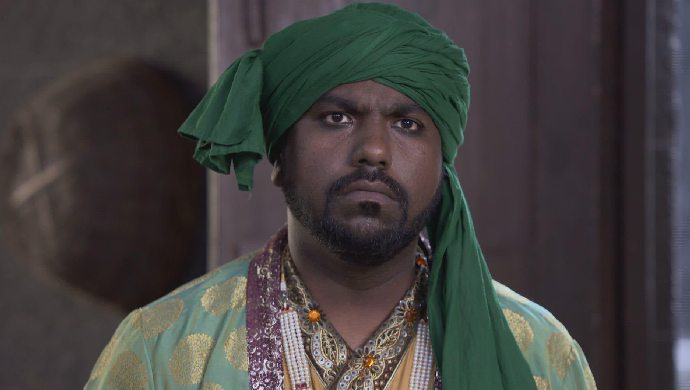 In the recent episode of Swarajyarakshak Sambhaji, Abdullah and Kumaji are suspicious of Kondaji Baba’s loyalties. After studying his body language and intentions, they realise that Kondaji Baba is a backstabber and he is loyal to Shivaji Maharaj, not Siddi. Meanwhile, Kondaji Baba is sleepless and can’t wait to finish Raje’s mission successfully. He is crying from happiness to fulfil Shivaji’s dream of making Janjira part of Swarajya.

At Raigad, Yesubai is feeling bad for speaking mean words about Kondaji Baba and his family who have been loyal to Swarajya. As she is teary-eyed, Sambhaji asks her what she is thinking. Guilty, Yesubai apologises for her ill intentions for Kondaji Baba. Raje convinces her to not feel bad because when Kondaji Baba returns from his mission, he will be praised for his work. The following day, Sambhaji, along with his men, is ready to attack Janjira.

Abdullah again goes to Siddi to complain about Kondaji Baba and support Kumaji’s accusations. Siddi gets irritated and tells Abdullah that he is jealous of Kondaji Baba. Abdullah still tries to persuade Siddi who walks out of there. Finally, Abdullah becomes determined to find proofs that incriminate Kondaji Baba.