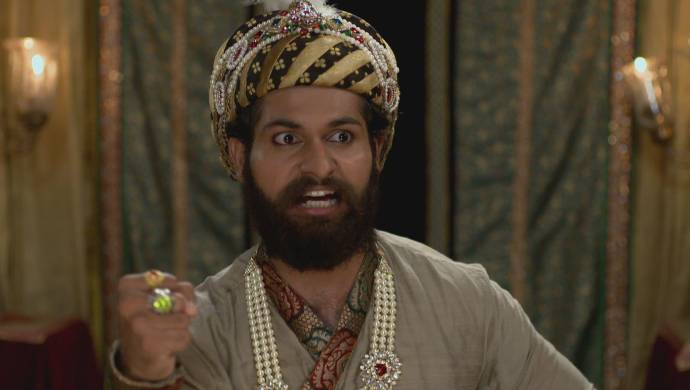 In the recent episode of Swarajyarakshak Sambhaji, Raje comes to know from Kaviraj and his other ministers that the tower which Shabdik Khan built to defeat Ramshej was set on fire. This fire was started by the Killedar at Ramshej who ingeniously thought of this plan overnight. Raje is happy to see how well his army is faring against the Mughals. He tells his men to send supplies to Ramshej as they must be falling short of it during this phase.

Shabdik Khan is irritated that all his plans are failing and the Killedar is winning. He can’t believe that the mavale set his tower on fire and burnt the soldiers who were sleeping on this tower. He decides yet another plan. He tells his army that they will divide into two groups. One group will throw a feast while pretending to enjoy their time here. During this, the second group will enter Ramshej from the back gates as the mavale will be busy keeping a watch on the first group.

At Ramshej, the Killedar and the other soldiers see Shabdik Khan’s feast happening below the fort. They are led to believe that Shabdik Khan is resting, however, the Killedar correctly guesses the trap and goes to the backside. There, they see the Mughal soldiers silently mounting Ramshej as Killedar had predicted. The mavale and the Killedar kill almost 200 men from Shabdik Khan’s army. This news reaches Aurangzeb who has stopped eating anything. He wants Shabdik Khan to be summoned back to the court because of this humiliating defeat.