Swarajyarakshak Sambhaji 14 May 2019 Preview: Sambhaji Gets A New Clue?

In Swarajyarakshak Sambhaji, as the investigation of his murder attempt proceeds, he finds a ring fallen in the garden. 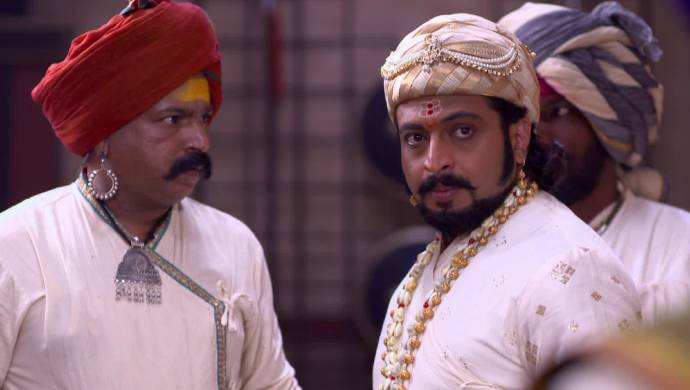 In Swarajyarakshak Sambhaji‘s recent episode, Anaji Pant again meets with Akbar asking him the status of his proposition. At the time, Akbar doesn’t say anything but he is too lured to support Pant’s agenda in overthrowing Sambhaji and marching towards Delhi against his father. Meanwhile, the case of Sambhaji’s assassination attempt is progressing slowly. Raje wants all the suspects to be imprisoned. He sends Khandoji to meet Soyrabai at Raigad and asks her the meaning of her letter. She tells him that she was just worried about her son.

Sambhaji finally gets a new clue, that is, a ring which is fallen in the garden. He wonders whose right it is. During this, Yesubai and he finally reunite after a long time. She is worried about him. As she asks him about any development in the case investigation, Sambhaji informs her about the ring.

What do you think will happen in the next episode? Will Akbar accept Anaji Pant’s proposition? Let us know your thoughts in the comments below.

For more entertainment, check out the periodic drama based on the true love story of Jodha Akbar streaming free on ZEE5.