In tonight's episode, we see Sambhaji Raje being held captive and dragged about by Muqarab Khan's forces. Find out all the details inside. 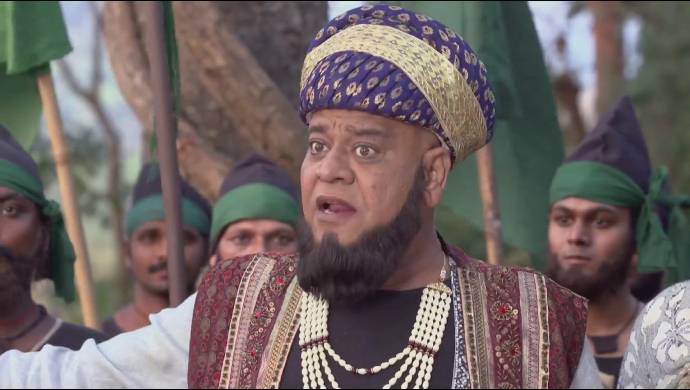 In tonight’s episode of Swarajyarakshak Sambhaji, we see Yesubai revealing to her sister-in-law that her husband has gone against the Maratha empire. She then presents her with her husband’s ring. Meanwhile, Sambhaji is held captive and is being dragged along by Muqarab’s soldiers. Muqarab laughs at Sambhaji’s sorry state. On the other hand, Sambhaji’s mother is worried about her son being betrayed, by his own troops. After a while, Aurangzeb is seen praying to God. He asks the almighty to help him capture Sambhaji. Later, a soldier comes running in and informs Yesubai that Sambhaji has been held captive by the Mughals. He tells her that the Mughal officer Muqarab Khan has struck Sambhaji.

At the kingdom,  Sambhaji Raje’s sisters-in-law plan to send forces to help Sambhaji. They both pray for Sambhaji’s safety. Meanwhile, Muqarab Khan warns Ganhoji that if anyone tries to attack them, he would kill Sambhaji. He asks Ganhoji and Kanhoji to continue marching forward. Ganhoji replies saying that if someone comes to know about Muqarab’s evil plan, they would eat him alive. Muqarab laughs at this ridiculous claim and tells him that no one will dare to touch him as he has held a king captive.

Chala Hawa Yeu Dya: 5 Hilarious Moments From The Show That’ll Leave You In…

Sambhaji, Gurunath, Rana: 5 Characters That Will Give You Fitness Goals for 2020

Catch the latest episodes of Swarajyarakshak Sambhaji, exclusively on ZEE5.