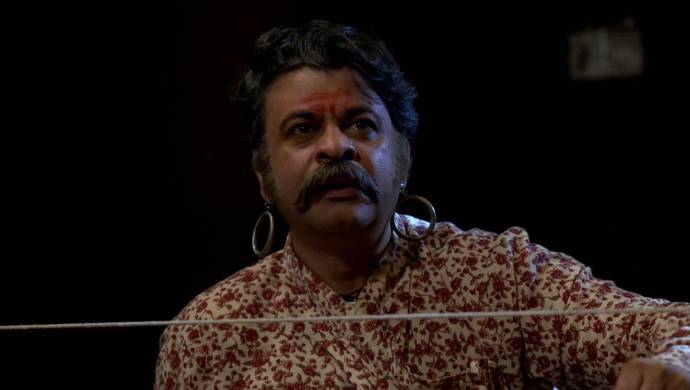 In the recent episode of Swarajyarakshak Sambhaji, Kondaji Baba finds Siddi’s men searching his room. He gets infuriated and asks them to get out of there. After they go, he starts looking for his lost locket which is with Lavangi Bai. She returns to him the locket without submitting it to Siddi’s men. Meanwhile, Sambhaji gets news from Kaviraj that Siddi’s men are beaten by them. He asks if Kondaji Baba was a part of the Siddi’s men, but Kaviraj says no. Raje has arrested Siddi’s men who tried to raid Swarajya’s villages.

At night in Janjira, Kondaji Baba secretly meets Sambhaji’s spy. He tells the spy to be alert and not befriend anyone. Kondaji Baba asks the spy to look for the storage where Siddi’s arms and ammunition has been kept. Meanwhile, Siddi asks his army if they could get their hands on any of the important things from Kondaji Baba’s luggage. They say no, so he gets furious. Siddi ordered them to not disappoint Kondaji as he can be a good asset to their army. After Siddi’s man leaves, Lavangi tells Siddi about the locket she found. But, Siddi doesn’t pay attention and dismisses her.

Siddi gets furious after his army loses against Sambhaji. He tells Abdullah that he should have listened to Kondaji Baba’s advice to not attack Swarajya this soon. Meanwhile, Kondaji Baba is speaking sweetly with Lavangi Bai and extracting information about Janjira. She opens up about her family background and Kondaji Baba encourages to think positively. During Kondaji Baba’s inquiry, Lavangi Bai gets suspicious but he distracts her.