In Swarajyarakshak Sambhaji, the war at Ramshej fort continues between the Maratha and the Mughal army. 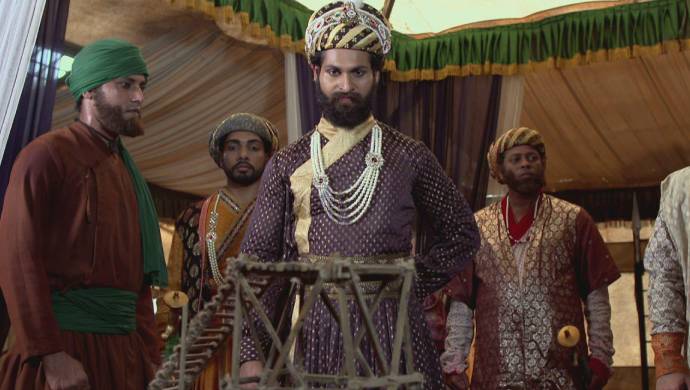 In the recent episode of Swarajyarakshak Sambhaji, Shabdik Khan is continuously planning new ways of attacking Ramshej fort. He finally decides to build a wooden tower which is strong enough to carry the huge Mughal army. He tells his men to cut how many ever trees they want and finish building the tower at the earliest. Meanwhile, Sambhaji comes to know from Kaviraj that the Killedar and the mavale at Ramshej fixed the fort’s broken wall overnight. Sambhaji is proud of his men and compliments their bravery.

Kaviraj also brings Raje bad news that Shabdik Khan has now started building a wooden tower. With the help of this tower, he plans to attack Ramshej and completely destroy the fort. Raje and Kaviraj are stressed knowing how difficult it is for Ramshej to defeat Shabdik Khan. Then, Raje confesses to Yesubai his wish to visit Ramshej as that will motivate the Killedar to fight harder. But, Jankibai’s illness is stopping him from stepping out of Raigad. He tells Yesubai that he ought to be there to support Rajaram who is worried about his wife’s health.

During this, Jankibai regains consciousness and is fed water and medicines. The ladies are happy to see this new improvement. The doctor quickly advises Raje that they should shift Jankibai to Pachad since the cool air at Raigad is deteriorating her condition. Raje decides to move Jankibai that very day. As Jankibai is set to go, Yesubai and Battashi Bai are going to accompany her to Pachad too. They want to look after her and take care of her.

Jankibai asks Battashi Bai if she is going to die and the latter assures her that she is going to live long. Meanwhile, at Ramshej, the Killedar and his family are deciding their next move to defend themselves from the Mughal attack.