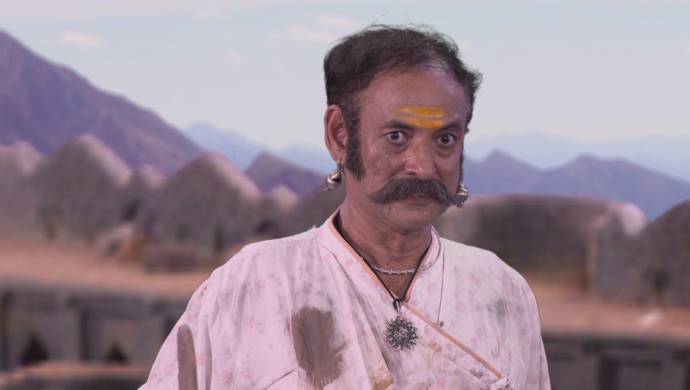 In the recent episode of Swarajyarakshak Sambhaji, Shabdik Khan is celebrating with his Sardars the fall of Ramshej fort’s wall. He promises the men that they will capture the fort the following day in the morning. He announces that he will brutally punish Ramshej’s Killedar in front of everyone and cut him into pieces. He wants to send a letter telling Aurangzbeb that they are soon going to takeover Swarajya’s fort. The Mughal men start laughing overconfidently.

Rajaram is upset as his wife Jankibai isn’t feeling well. She has stopped eating and taking her medicines since she is afraid of vomiting it out. Rajaram and Sambhaji request her still eat something. Sambhaji tells Rajaram that his wife will recover. Then, Rajaram compliments Sambhaji for his efforts in balancing both the facets of his life. Raje confides in Rajaram that whenever he sleeps Shivaji and Aausaheb’s images come in front of his eyes.

Yesubai, then, goes to Sambhaji informing him that Ramshej’s walls have started collapsing because of the cannon attack. This news worries Raje. On the other hand, the men of Ramshej are worried as their protective barrier has started falling. A worried Killedar has no reassuring words for these men. Meanwhile, Shabdik Khan is planning to continue their cannon attack on the walls of Ramshej, so that the army can pave way inside. However, when he steps outside the following day, he sees the men of Swarajya have rebuilt the broken wall overnight. Witnessing this miracle, Shabdik Khan is irritated and wants to seek revenge on the Killedar.

Remember When Chala Hawa Yeu Dya Took Us Back To The 90s With This Episode?