Swarajyarakshak Sambhaji 11 May 2019 Written Update: Akbar To Team Up With Anaji Pant

In Swarajyarakshak Sambhaji, Akbar plans to use Sambhaji's ministers against him. 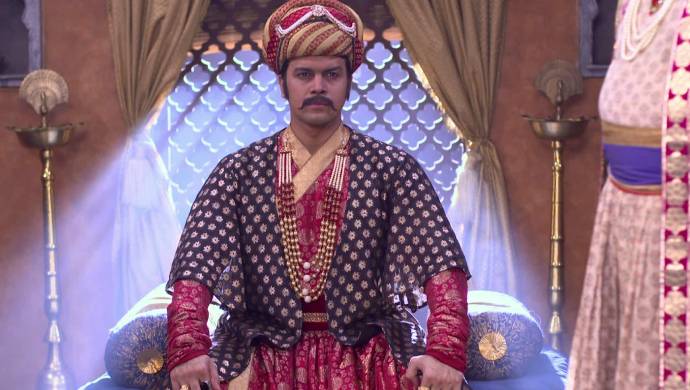 In Swarajyarakshak Sambhaji’s recent episode, Sambhaji tells his bodyguards that whoever tried to assassinate him will be killed under the elephant’s feet. Raje along with Khandoji are trying to relate the things sent by Soyrabai and his assassination attempt. During this conversation, Akbar sends a letter to Sambhaji which he doesn’t see. He says currently Akbar proclaims himself to be a ‘Shahenshah’, but, he will meet Akbar when he modestly calls himself a prince. Then, Khandoji asks Sambhaji to find a solution to Akbar’s problem before anyone takes advantage of it.

Anaji Pant is interrogating how Sambhaji was saved. Now, he is planning another attack on Raje. Anaji Pant promises to keep trying to bring Sambhaji down until the very end. Meanwhile, Sakvarbai goes to meet Soyrabai and updates her about the attack on Shambhu Raje. Soyrabai is worried. Chitnis reads Akbar’s letter that says Sambhaji should meet him as soon as possible. He is slowly losing patience and other kings of Hindustan are always in favour of him. To calm Akbar, they send Heroji Pant to meet him. On the other hand, Kaviraj and the other courtiers wonder if this was an accident or a murder attempt.

Sakvarbai is in tears about the whole incident and urgently wants them to find the culprit. She says Shivaji Maharaj never forgave the people who did wrong in his administration, even if they were relatives. Similarly, she feels Sambhaji shouldn’t compromise with the ethics and brutally hang the culprits. Soyrabai is worried as she has been a part of this plan. Meanwhile, Heroji Pant tells Anaji Pant that Akbar still wants to meet Sambhaji. They both make a plan to manipulate Akbar and use him for Swarajya. Meanwhile, Akbar wants to use Anaji Pant’s opportunity to act against Sambhaji.

Swarajyarakshak Sambhaji 13 May 2019 Preview: Sambhaji Finds Out Who Tried To Kill Him?