In Swarajyarakshak Sambhaji, Kaveribai goes to Yesubai to complain against Anaji Pant as she suspects her husband is doing something wrong. 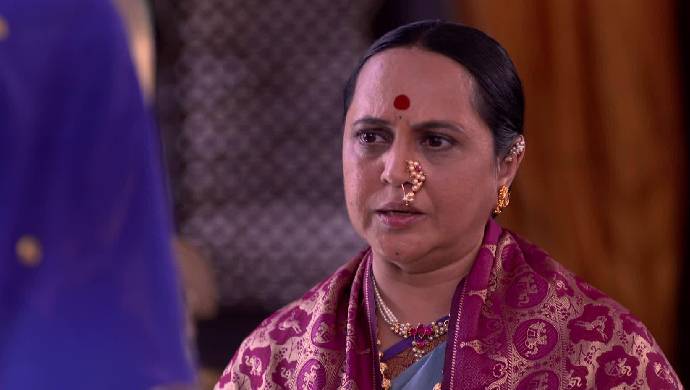 In the recent episode of Swarajyarakshak Sambhaji, Aurangzeb is angry that his son, Akbar, is calling himself Shahenshah when he is still ruling. He is also furious at Durgadas for supporting Akbar and showing him dreams of becoming a king. Meanwhile, Anaji Pant is discussing with Janardhan Pant and Heroji Pant different ways to welcome Akbar in Swarajya. During this discussion, Kaveribai enters the rooms and questions Anaji Pant who humiliates her. He asks her to get out of the room as she obeys him.

Sambhaji wins the battle at Panhala fort as he arrests Sher Khan. They are discussing if they should forgive him but Khandoji and Sambhaji are against it. So, Raje tells Sher Khan that if he wants to be forgiven then he has to become Swarajya’s slave. Sher Khan refuses the condition stating this is against his religion and Raje decides to behead him.

At night, Kaveribai secretly escapes the house to go meet Yesubai. She starts crying and complains to Ranisaheb about her husband. She suspects him and reveals to Yesubai about the meetings that take place between Anaji Pant and his supporters. Yesubai gets worried and decides to go see Anaji Pant. She wants to verify the details told by Kaveribai.

Akbar is considering his sister, Zeenat’s proposal to get back to the Mughal Empire. He doesn’t believe in Anaji Pant’s promises and wants to go back to his family. During this night, Zeenat enters Akbar’s palace. Then, Akbar and Zeenat come face to face.